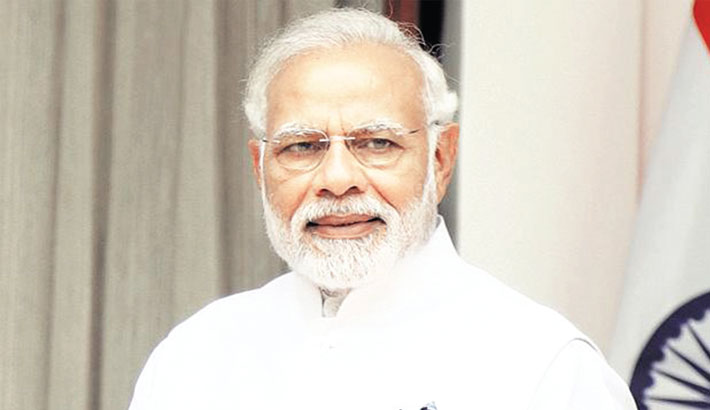 Now, they’ll be expecting something in return: faster, bolder action on long-promised reforms to transform the economy and improve the lives of India’s 1.3 billion people.

Modi made big promises during the campaign for the weeks-long vote, viewed by many as a referendum on his first five-year term, which began in 2014. His election manifesto included a pledge to double farmers’ incomes and provide lavish aid to rural areas. He also vowed to make India the world’s third-largest economy by 2030 and to spend more than $1.4 trillion — quadruple the country’s annual budget — on improved infrastructure.

Such promises rang hollow for many disgruntled with the country’s 6.1% unemployment rate, the highest in decades; slow progress on modernizing railways and other infrastructure; streamlining India’s byzantine bureaucracy and other initiatives that helped him win office in the first place.

But voters gave him the benefit of the doubt. With most of the estimated 600 million votes counted by early Friday, Election Commission data showed Modi’s Bharatiya Janata Party winning 287 out of the 525 seats in the Lok Sabha, India’s lower house of Parliament, well beyond the simple majority to form a government.

The economy may well get at least a short-term boost from the incumbent alliance’s strong showing in the election. The benchmark Sensex index surged briefly to a record high, over 40,000.

That infusion of confidence could help drive increases in foreign and domestic investment, Priyanka Kishore of Oxford Economics said in a post-election analysis. 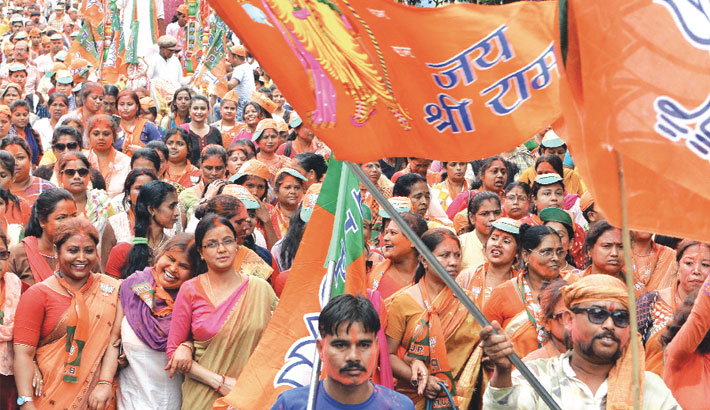 However, she said, “From a longer-term perspective, the focus is likely to shift back to Modi’s economic and reform agenda, once the euphoria gives way to more pragmatic assessments of India’s economic situation.”

While campaigning, Modi countered opposition criticism over suicides among farmers hit hard by low crop prices by focusing on wooing members of the Hindu majority with a nationalist pitch and playing up his strong stance toward India’s nuclear-armed archrival, neighboring Pakistan.

That strategy appears to have succeeded.

“My sense is that the BJP was effective in keeping macro issues about the economy, such as unemployment or growth rates, outside the narrative of this election campaign. It was partly able to do so by leaning on emotive issues such as national security and Hindu nationalism,” said Nikhil Menon, an assistant professor of history at the University of Notre Dame.

In the meantime, Modi’s party could point to highly visible initiatives such as his Clean India program, a massive effort to build toilets in towns and villages to help stop open-air defecation.