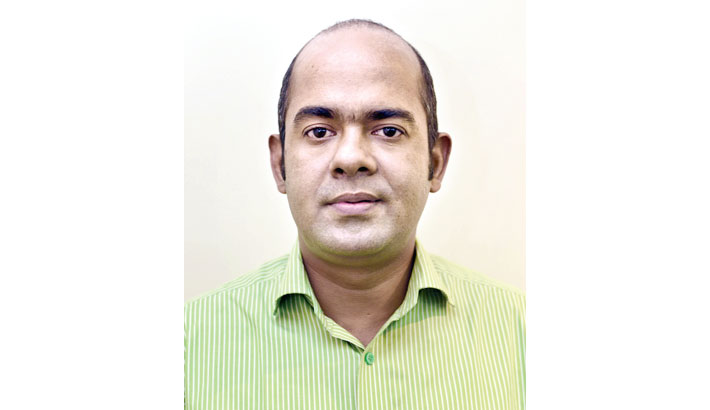 With the aim of setting up egalitarian societies based on justice and equitable distribution of wealth among the less fortunate group of the society, certain amount of wealth possession makes it obligatory for a well-heeled Muslim to pay 2.5 per cent of his or her wealth to the needy. In Islam, this is termed as Zakat—one of the tenets of the religion. Spiritually, however, acts of piety such as Zakat, donations, alms-giving etc, in Islamic parlance are enjoined to be performed quietly. To put it simply, the donors should keep a low profile, as if, literary, you donate with one hand but it should not know your other hand. But nowadays, the show-off type of donation practice is quite opposite to the teaching of religion. Moreover, it often leads to chaos and causalities.

Every year the well-to-do are tended to dole out money, clothing or iftar commodities to the indignant in the month of Ramadan, especially before Eid. Schedules of distributing events are sent out to the potential receivers in the locality circulating widely by town-criers using horn speakers, or sometimes by publishing in the print or electronic media. The destitute in their thousands are seen turned out and kept themselves waiting around the venue night before the event. As soon as the entrance opens, people in a desperate attempt to get hold of the receivables jump the queue or jostle one another to get in. This sometimes sparks off deadly stampede resulting in severe injury by tripping over each other or in the loss of unsuspecting lives by being trampled underfoot.

Statistics shows at least 37 people were killed in stampedes while queuing up to take Zakat from individuals and private organisations in last four and a half years in Bangladesh. A year ago 10 precious lives, mostly of needy women, were lost in stampede at Satkania, Chittagong after they had queued up to collect clothes distributed by a steel re-rolling mill owner. In July 2015, a stampede killed 27 people in Mymensingh, and a year back in July 2014, another stampede killed two others in Barisal as the needy had gathered to collect Zakat, mostly clothes. Nonetheless, the most tragic was the incident that happened in Gaibandha in 2002, which left at least 40 people dead in a stampede. Such harrowing tales are cropped up, at irregular interval though, almost always on similar occasions, such as people arriving in droves at the sites for collecting Zakat clothing, for funeral feast as was the Qulkhawani of former mayor of Chattogram, or for taking holy bath as in the Brahmaputra River in Narayanganj etc.

Absence of integrated system for the collection and distribution of Zakat, distrust on the state run Zakat Board for which Zakat givers are reluctant to deposit their obligatory alms to it, unpreparedness, negligence, inefficiency and a lack thereof in managing or handling large crowds are among the reasons for recurring tragic debacle of such events, say economists. Despite having no accurate data of total annual Zakat distribution is available in Bangladesh, according to a study carried out by a Bangladeshi profession at University of New Orleans Zakat worth Tk 25,000 crore is distributed in annually.  If managed efficiently and distributed properly, Zakat may help bring about closing socioeconomic groupings by alleviating poverty on the one hand,  and do wonders for the entire economic landscape of the country—a change for the better--- on the other. This is borne out by the fact that a joint study by the Islamic Research and Training Institute and Thomson Reuters shows that Zakat worth billions of dollars that could be collected and distributed in countries like Bangladesh remain unutilised due to lack of professional management and bookkeeping. As a result, Zakat has become more of a tool of “show-off” for some imprudent people than an instrument of reducing poverty and social welfare by exploiting its full potential. This blatant breach of morale has been a recipe for stampedes.

It is unsurprising that investigating officers after every stampede incident invariably came up with claims that there was no lack of security and no clashes broke out. Such claims may serve to shirk their responsibility by washing their hands of it though that doesn’t hold water because what they fail to understand is that stampedes could in no way be an issue of security as much as it is an issue of mismanagement and unpreparedness on part of the organisers. So, it’s time to wake up to the fact and rise to the occasion.

It goes without saying that managing large crowd has so far been reactive rather than proactive on part of the authorities. In reality, practicing proactive approach in our case is mostly nonexistent or is seen once in a blue moon. The incumbent management philosophy is to throw money at problems, which is obviously not the solution. Containing stampede, managing large crowd, and crowd psychology have evolved into disciplines in their own right. Researches in these areas provide actionable information. Besides, there must be hundreds of studies – many of them specifically on crowd management under adverse environment such as overcast condition, inclement weather, congested area, scorching heat etc – which could be invaluable resources in planning organising the crowd in future.

Furthermore, it is necessary to debunk the attitude that accidents are part of “fate” and questioning the “act of God” amounts to challenging the almighty. While belief in fate provides a soothing effect, particularly after tragic incidents, it is the faith in some control over your fate which differentiates the inevitable from the avoidable. Only pre-emptive role, bringing Zakat and related affairs under a centralised management system and above all, good management with deliberation, careful planning, attention to detail, due diligence and a level of foresight can stem the tide of stamped death once and for all.  Let’s hope the Satkania stampede tragedy has been the last one and such tragedies will not recur ever again.