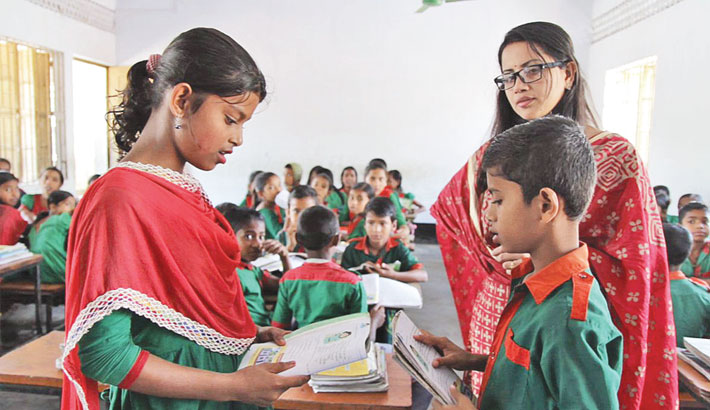 There was a time when teaching was the most respectful profession in the society. Though teachers did not have enough money, they were admired by the mass people owing to their profession. Their wisdom and personality placed them in a dignified position of the society. Back then teachers nurtured their students like their children. In some cases they reprimanded their students and even scolded them but their students never reacted negatively rather they respected their teachers from the deep of their hearts. Therefore many students dreamt of pursuing teaching as their profession following the footsteps of their own teachers. They considered some of their teachers as their idols as they were attracted by their personality. But now it seems that gone are those days. That is why often we come to see that students are humiliating their teachers! A video, which recently went viral, of assaulting a college teacher by some young men have shocked the whole nation. In the video it is seen that a group of youths are pouncing a teacher of Bangla department of Government Shaheed Bulbul College in Pabna in the college gate while he was leaving the campus riding a motorbike. One of them even kicked him on his back. According to different news reports, the victimized teacher had to face the embarrassing situation as he had taken away the answer scripts of two female HSC examinees who were adopting unfair means during their exam held on May 6. Pabna’s incident is not the first example of such happenings and it is for sure that it will not be the last such occurrence as well. Earlier, we heard about many of such news. It indicates to the gradual deterioration of the relationship between the teachers and the students. Now it has reached such a level that respect for the teachers and love for the students seem like a thing from another world.

Punctuality, discipline, and ethics were once considered as the major characteristics of a student. Back then students were respectful to their seniors. But the situation is quite different now. Regrettably, this respect and love have eroded drastically. Now, students do not hesitate to assault their teachers, let alone respect them. Students expect that their teachers will fulfill their unfair demands. But instead of that if the teachers try to refrain their students from doing unfair things, students threaten, attack and physically assault their teachers and even kill them. Internet, social media and drug addiction – all of these are spoiling the young minds of the students of our country. When a young boy grows up observing irregularities, crimes and unethical practices everywhere around him and observes that criminals go unpunished, he realizes that anyone can do anything in our society. Such experience of anarchism also instigates them to be violent to their teachers. For instance, a group of students assaulted a Physics teacher of Government Mohila College in Bagerhat pulling him down from a bus while he was going to Khulna on April 22. This shameful incident happened to this teacher because he did not allow unethical facilities to the final year students of honours in the examination hall during their honours final examination. On the other hand, another teacher, who teaches in Panchpotol Degree College in Dhanbari under Tangail district, faced similar humiliation on January 2 as he stopped some irregular college students while they wanted to fill up registration form for their HSC examination illegally and without paying the registration fees fixed by the Education Board. Besides, it is often seen that there are some students who want to be the leaders of their groups. They think that respecting others can be considered as a weakness for them and it ultimately will make their position weak in their groups. Thus whether it is in a legal or illegal way they want to do something heroic. They believe that their ‘don’t care’ attitude can do the trick and can create an impression about them among the group members.

There are some other background reasons behind these sorts of activities. Respect does not come naturally. This is something one needs to learn following a continuous practice. Respect means that you accept somebody for who they are, even when they are different from you or you do not agree with them. Being respectful to others is a part of the education that we get from our surroundings. It is an essential feature of our family teachings. But we have students from different family backgrounds. Many of their parents don’t respect other family members at home which affect the tender-aged kids to a great extent. Consequently they start to believe that it is the proper way to behave with others. When children witness that their parents or elder members of the family respond rudely, roll their eyes and call people in disrespectful names, they also become disrespectful to others. Often this sense of disrespect pushes them to disregard their teachers.

Meanwhile declining social values and lack of moral practice are crucial factors for such an unexpected situation. Teachers have enormous influence as they deal with a significant portion of our total population. Thus when the society is changing in a negative way, they cannot deny their responsibilities. Most of the teachers try to maintain their status but there are a few people in this profession who can do anything and everything for their personal interests. It is because of the insensible attitude of these people teachers are losing their previous esteem. Their unethical activities are destroying the impression of the teachers. For example, we can mention the name of Viqarunnisa School and College’s former teacher Parimal Joydhar or Sonagazi Islamia Fazil Madrasa’s former Principal Siraj-ud-Daula. Besides, there are some teachers who deliberately deliver copies to their students of their schools and colleges during the board examinations. Moreover, there are many teachers who are more interested in doing private tuitions than taking classes properly. They even don’t hesitate to give low marks for making the students bound to attend their private tuitions. Sometimes they evaluate students based on their political backgrounds. Thus when students see that the teachers are doing such unethical activities, they don’t find any reason to respect them. 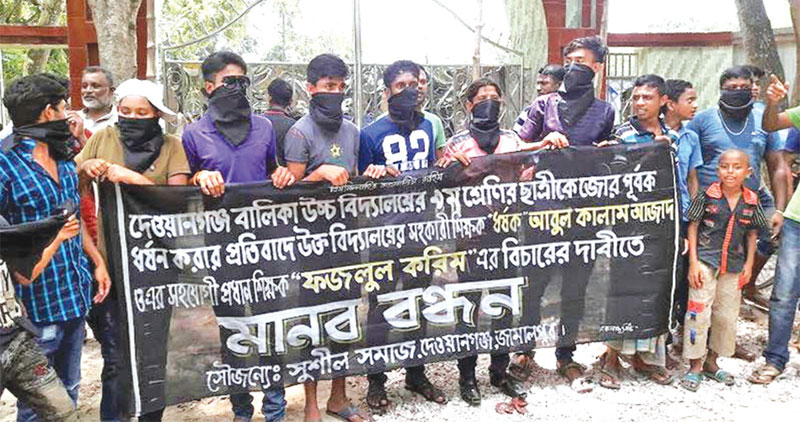 It seems more shocking when the clandestine tie between some corrupt teachers and unruly students acts as a driving force behind many culpable incidents. We often hear about news which depicts how a section of greedy teachers share illegal money of different sources of college funds with their students. Such unholy nexus between teachers and students often conducts illegal coaching business and controls students’ admission procedures, which ultimately creates bad examples before other students. Consequently students lose their respect for their teachers. All of these are happening as our administration is reluctant to set example before the students by ensuring proper punishment to the offenders.

Education is the backbone of a nation and the teachers are the architect of a nation. Thus every concerned stakeholder including students, guardians, teachers, authorities of the educational institutions, local administration, and Ministry of Education should take the matter seriously.  e