Pick the Honest to Isolate the Dishonest 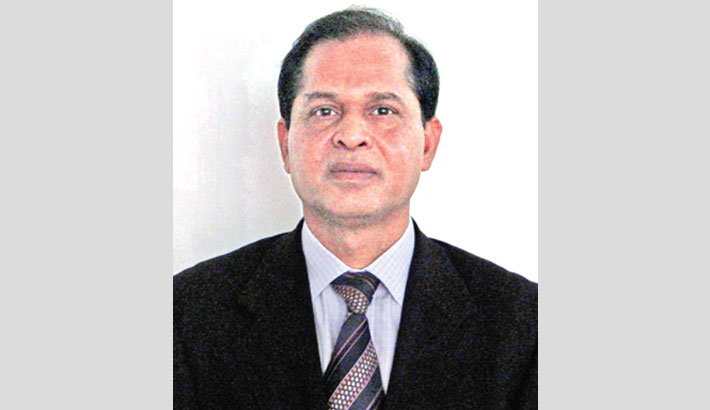 On 19th May, the Daily Kaler Kantha published a report on the initiative taken by our Ministry of Planning for awarding its honest employees. This initiative of the Ministry is undoubtedly a great and timely step to fight corruption. I sincerely thank the Ministry for its moral courage in recognising such a tough reality like corruption. So far it is known, a committee has already been formed to find out the honest people from thousands of employees working in the Planning Commission as well as Planning Division under the Ministry and the committee has already started working. Sometimes in July, the Hon’ble Planning Minister is supposed to distribute the awards among the honest and non-avaricious government servants found by the committee. We wish a big success of this extraordinary initiative.

The people of Bangladesh, like me, should not have any doubt about the cause behind or background of this initiative of the Ministry of Planning. Every moment we are bruised by corruption. Not only the people, but the state is also struggling to keep itself afloat in the ocean of corruption. We pass each of our days with the terrific agony of corruption. The victims only know the extremity of corruption in the government offices, especially the public service providing offices. Even, the recent corruption report on the purchase of ‘pillow and bed-sheet’ in Ruppur Nuclear project has been condemned by the people. In fact, such stories are not confined within the territory of the country, but cross the borders and spread all over the world. Ultimately, our image comes under question in the world community.

The readers might recall, I wrote a column on corruption in this daily on 1st February 2019 highlighting the promise of the current Government’s election manifesto concerning corruption. In that write-up I cited the examples of the 11th President of our neighbouring India, APJ Abdul Kalam and the Chief Minister of Tripura Manik Sarkar. One of them was a teacher as well as a scientist and the other was a politician or a public representative. But while measuring their honesty level, both of them are of the same level. It is true that we do not have honest people like them in our country. But, they are very few in number. And because of their honesty, they have to pass difficult times. Our society or state does not evaluate them; even they are not treated properly. This happens, because they did not have compromised with dishonesty or corruption. Their failure in accommodating with corruption has kept them neglected forever.

In a darkened day, when a thin ray of light comes out of darkness, it touches our heart. It makes us hopeful, we find something to depend. If such initiatives could be taken by all other ministries! Why only the ministries, if everyone in the society would be enthusiastic to take such a step! How beautiful the country could be! Every sector would have been blessed with development. We, the people of this country, could find the meaning of life. We would be free from woes and miseries! The people of the world would respect us. The name of our country would not be listed anymore as one of the top corrupted countries in the world. We would have been survived from unbearable shame and disregard.

In Bangladesh, corruption mostly occurs in the government offices, especially the offices that provide public services or are associated with development activities. What we generally refer as 'bribe' is nothing but actually the other side of the coin of corruption. Corruption is usually done in two ways. Firstly, the corruption occurs between the government officials providing public services and the general people coming for required services. And the second way happens in the development activities, especially between the governmental officials associated with infrastructure works and the private organisations or persons implementing those works. As the first one is extended up to the rural areas of Bangladesh, the number of people involved in corruption would be huge. On the other hand, the number of people involved in the second way is relatively less, but the involvement of money is much more. If the first one is called 'theft', the second should be 'robbery'. However, regardless of the amount of money involved in any corruption, all are crime in the scale of justice. When corruption, like an octopus, embraces a government servant from all sides, he can no longer return to an honest life. This is such a disorder, if one is caught, he has no salvation. When that disease turns into epidemic, it then becomes difficult to apply its antidote; medicine fails to produce any positive results. When there is pain in the whole body, where will we apply the ointment? Now we are in that situation.

We should not hesitate to say that the roots of corruption have been deeply embedded in our society. By destroying human qualities, corruption continues to ruin our society. It has destroyed our social bindings, norms and values. Once it was difficult to find a corrupt or dishonest person; it has now become difficult to find an honest person. Why do we refer only the government officials? Corruption exists in the private offices also. In fact, fields are not important in the game of corruption; financial gains are the only consideration. Corruption has now spread like cancer everywhere in Bangladesh. Corruption does not only destroy human qualities of a person or the members of his family, but the entire society. And its impact falls on the country's economy, on its overall development. Whereas, those corrupt people are developing themselves by amassing boundless wealth, at the cost of the country’s interest.

We know that taking bribe or collecting money by dishonest means is not seen positively by anybody in a civilised society. Dishonest people are considered the parasites of the society. But, in our country, these people are the most respected, dignified and powerful persons who actually control the society or the state power. The honest people take shelter in the silent corner of the house under the pressure of these corrupt people.

In this country, corrupt people are 'precious' and honest people are anointed with 'useless'. The first party, blessed by corruption, has occupied all areas of the state; on the other hand, the second party, being very small in number, is helpless and silent. Everyone knows, who is doing corruption where and when in the society or in the state. But how many people dare to protest?

We have to appreciate the Ministry of Planning for their brave role when the entire nation faces this dire situation. We believe once the Ministry finds the honest officials, the number of other group will also come in front. If the honest officials are rewarded, then what will be the fate of those corrupts? Has the Ministry of Planning made any thought of taking action against the corrupt people? Or will they be handed over to the existing law of the country? It might also happen that they would be given a chance to return to the right path. Or, according to the degree of corruption, such as higher, medium and low level corruption, action would be taken. A government servant will never be involved in corruption - this is expected and also the job provision. If otherwise, one has to face its consequences. However, the government's goodwill and the possibilities of its implementation remain a big question.

Not limiting this initiative of the Ministry of Planning to the award only, rather we should start anti-corruption campaign and have to continue from the government departments to the private sector, to every sector of the society or to the individual. We believe that this initiative will definitely contribute to the implementation of the 'zero tolerance' policy of the present government. Above all, if such initiatives can awaken the feelings of the people immersed in corruption to return to an honest life, then that will be our biggest achievement.

Finally, we, once again, would like to express our sincere thanks to the Ministry of Planning for taking such an initiative. Please start your journey, go ahead to attain your goal crossing all the fears and hindrances. We, the sufferers of corruption, the common people of this country, are with you and will be there always. Corruption should be eradicated from Bangladesh once and for all - this is the word of our hearts, the response of our souls. Father of the Nation Bangabandhu Sheikh Mujibur Rahman said in his historic 7th March speech,"You must prepare yourselves now with what little you have for the struggle ahead. Since we have given blood, we will give more of it. But, Insha’Allah, we will free the people of this land.” Following the echoes of those words, let us be determined to fight corruption to free this holy land that bathed with the bloods of millions of martyrs and transform Bangabandhu's dreamt 'Sonar Bangla' into reality.