Hazard is my Chelsea benchmark: Pulisic 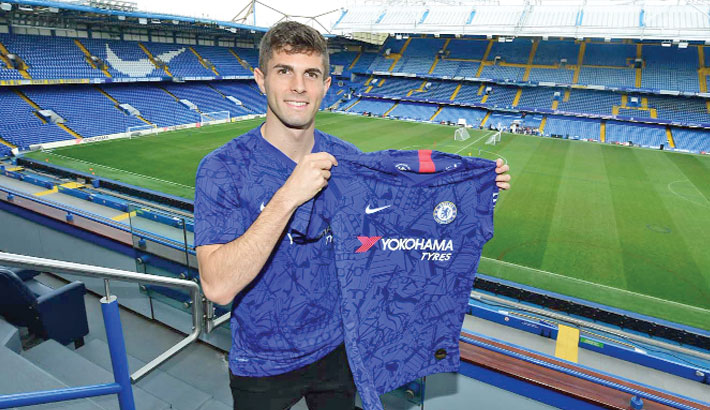 Christian Pulisic at Stamford Bridge in London on Tuesday.

Christian Pulisic says he wants to make the same impact that Eden Hazard has had at Chelsea and hopes to play alongside the Belgium superstar at Stamford Bridge.

The US international signed a five-and-a-half year contract with Maurizio Sarri’s team in January but was immediately loaned backed to Germany to finish the season at Borussia Dortmund.

“It is incredible to see what Eden can do,” Pulisic, 20, told the BBC. “He (Hazard) is a guy to look up to and what I would love to become.

“It is definitely a goal. Any player would be dumb not to want to be in the same team as him.”

But the £58 million signing appears unlikely to get his wish to play alongside Chelsea’s star man, with Hazard persistently linked with a move to Real Madrid.

“I don’t want to be looked at as someone who is the youngest to do this or that,” said Pulisic, who is both the youngest player to captain the United States and to score for them in a World Cup qualifier.