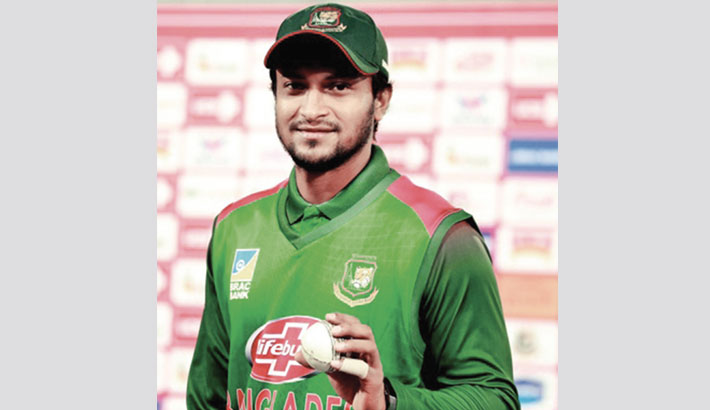 Shakib Al Hasan, all-rounder of Bangladesh National Cricket Team has ascended to the top of the MRF Tyres ICC ODI Rankings for all-rounders, ahead of the ICC Men’s Cricket World Cup 2019.

As per the latest ranking update by ICC, Shakib is now number one all-rounder in ODI cricket. He surpassed the young Afghan lad Rashid Khan.

In the recently concluded tri-series in Ireland, Shakib played three matches and hit to fifties with bagging two wickets. This performance helped him to grab the top place in the all-rounders’ ranking.

On the other hand, Rashid Khan scored 16 and 0 in his last two ODIs with two wickets. As per the latest update, Shakib’s rating points are 359 and Rashid managed 339. There are no Bangladeshi players in the top ten of all-rounders’ ranking.

In the ranking of ODI batsmen, Mushfiqur Rahim is the only Bangladeshi to find a place in the top 20. He is at number 20 with 695 rating points. Tamim Iqbal and Soumya Sarkar are placed at number 20 and 28.

In the bowlers’ ranking, Mustafizur Rahman grabbed the best place among the Bangladeshis. He is at number 11 with 645 rating points. Shakib Al Hasan, Mashrafe Mortaza and Mehedi Hasan Miraz are placed respectively at 21, 23 and 24.