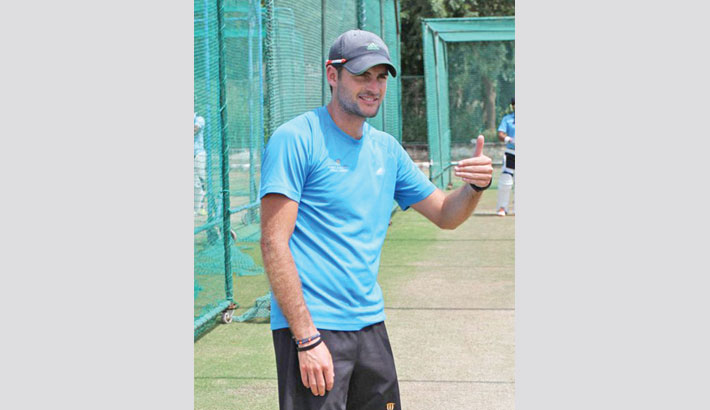 With the World Cup approaching thick and fast and the high-scoring matches on card, it is expected that fielding will be a key ingredient for any team to reach beyond the league stage as it is believed that runs saved while fielding are runs scored while batting.

“Fielding will be extremely important in the upcoming ICC World Cup,” said Cook.

“You can have a lot of things in cricket which are individualistic and fielding is one of the things that you do as a team,” he said.

“So, it is very important to save those five or ten runs because you never know if the game will be close one way or another,” he said.

According to Cook, they will be constantly challenged by the quick out field in England and remaining consistent in the field will be crucial at those crunch hours.

“But they are very smooth, so you will be able to field really quickly off the ground. So, varying conditions slightly differ but generally fielding is one of those things which stay constant,” he said.

Unlike some of the other countries where fielding is considered as an integral part of development the culture is quite different in this part of the world.

South African fielding expert Cook said that he is aware of the cultural differences and trying to work out a plan to take Bangladesh to a position where they can claim to be a leading fielding unit in the world map.

“I think we have come a long way since the West Indies tour when I joined in July last year. Understanding of what we are trying to do and the education on the techniques of fielding will be on show in World Cup,” he said.

“We have done a good camp here, we have done some good work with the guys that have been playing. Even the guys who are out of the team are also working hard. I am really happy with the effort and energy they are bringing,” he said.

“I think competition in the field will be very important. We have got a lot good and capable fielders. Sometimes, if your throws are not accurate then you can compete in accuracy, sometimes if you are not fast you make up for it with agility and flexibility,  so we are just gonna focus on our strengths,” he said adding that at present Tigers are working on their high catches.

“We are working hard on the high catches. We found out that the guys are getting their hands really low and we have been trying to get the hands a bit higher, trying to get the guys stand a little bit closer in the ring, so whole bunch of different things, we don’t want to disclose everything right now,” he concluded.

Bangladesh Cricket Board (BCB) had appointed Cook as national team fielding coach in July  and the South African coach, who has reached an agreement with BCB to work up to the ICC Cricket World Cup 2019 in England and Wales.

Cook, who joined the Bangladesh team in Jamaica during their tour in July, was the Head Coach and High Performance Director of Gary Kirsten Cricket academy in Cape Town.