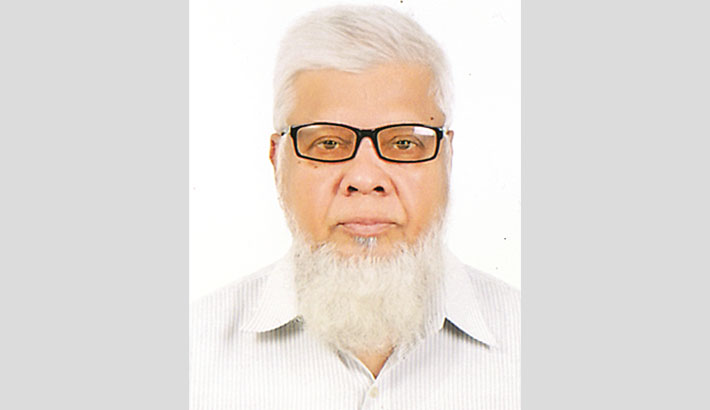 Of late, Bangladesh Bureau of Statistics [BBS] has published the Household Income and Expenditure Survey [HIES] 2016 based on 46,080 households. The primary sampling unit [PSU] of 2,304 units was selected from the list of the 2,011 housing and population census enumeration areas. The sample size is about four times than the previous sample size of HIES 2010 survey with 12,240 households. The latest report indicates a qualitative improvement on content and sample size. There is an elaborate discussion on the selection criteria and the stratification process.

HIES is an important documents to provide sense of direction on the effectiveness of major policy issues and gives clue to many fundamental criteria such as the status of poverty level, consumption level, occupational status, nature of expenditure and on many other socio-economic variables. HIES survey may also be carried out to ascertain certain specific dimension of an economy such as calculation of consumer price index [CPI] for a specific group of people or for a general price index to determine the inflation in an economy.

The report describes the trend on the status of poverty, share of firm and non-farm occupation, nature of expenditure in food and non-food categories. The overall poverty situation though improved but the current rate of 1.2 per cent during 2010-2016 is below the 1.7 per cent during 2005-2010. The percentage of poor people dropped to 24.3 per cent and it is expected with the reduction rate of poverty, the country is in a position to meet the sustainable development goals. The lull in the reduction of poverty during 2010-16 from the 2005-10 manifests that the average growth of over 6.5 per cent fails to generate enough jobs to make a dent on the poverty level.

There is another mismatch between calorie consumption and the growth in income level. An increase of household income and expenditure indicate an increase in consumption level but the report indicates that the calorie intake declines by 4.65 per cent despite income and expenditure increased by 39 per cent and 40 per cent between 2010 and 2016. Daily calorie consumption declined to 2,210 kilo in 2016 from 2,318 kilo in 2010. The fall in calorie intake has other economic ramifications. Indeed, the fall in calorie intake may indicate an increase in poverty level but on the contrary, the poverty level declines. Indeed, robust economic growth causes the poverty level to decline as we observe in the growth scenario. There is an urgency to resolve this puzzle.

A look on the share of expenditure between food and non-food items though matches the Engel’s law that tells that as income increases, the proportion of income spent on food falls, even if absolute expenditure on food rises, the income elasticity of demand of food is between 0 and 1. The consumption data on HIES 2016 tells that the share of non-food items has increased by 7 per cent, from 45.2 per cent to 52.3 percent during 2010 to 2016. The share of food expenditure declined by 7 per cent from 54.8 per cent to 47.7 per cent. This is an indication in the qualitative improvement of life. Though the consumption of food items declined but the survey should give a clear focus on the nature of non-food items such as house rent or education for children.

The per capita income of Tk. 48,000 as quoted by HIES 2016 is below the national average of $ 1,600. The survey data indicates that income level in the intervening period has increased substantially and is on track with growth of overall per capita income growth. Indeed, representativeness of the data can make margin of error at a minimum. However, Gini coefficient, a measurement of income inequality is increased from 0.458 in HIES 2010 to 0.483 in 2016. Two important findings of the survey are the access to safe drinking water and the access to electricity; 85 per cent of people have access to safe drinking water and 76 per cent of the population use electricity. BBS has done an excellent job in providing a comprehensive data profile in HIES 2016 with a comparative yardstick of HIES 2010 to critically assess the different programmes on socio-economic development of the country that include also Social Safety Net programme of the government.

The writer is a Professor of Economics, United international University.