Jaya still can’t get out of her character in Konttho 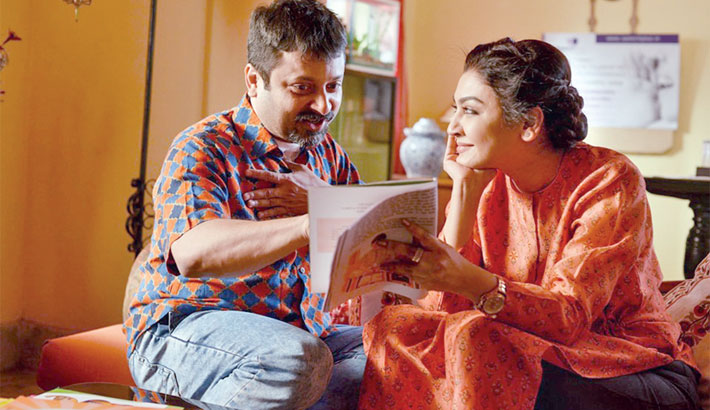 Jaya Ahsan has grown into one of the more sought after actresses in Bengali cinema over the last few years. The Bangladeshi actress has once again wooed the audience playing a speech therapist in Shiboprosad Mukherjee and Nandita Roy’s recent release Konttho, a story of a laryngeal cancer survivor who discovers the true meaning of life after having his voice box removed and learns to speak through his oesophagus. And it seems Jaya is still attached to her character Romila Chowdhury in ‘Konttho’ as the audience response continues to inspire her, reports Times of India.

“I haven’t been close to any cancer patient. But these days who hasn’t met one when it’s so prevalent? When doing the homework for my character I came across several cancer patients. I had to come close to the patients and speech therapists to understand my character fully. What helped me the most is the screenplay. It’s detailed and made things quite easy. Of course, I had to learn a lot to portray a speech therapist. Even I had to learn how to speak in an oesophagal voice, despite having my larynx, my voice box intact. For someone like me, who has an intact voice box, the process of speaking from the oesophagus was a difficult challenge,” said the actress.

Jaya Ahsan will next be seen Atanu Ghosh’s ‘Bini Sutoy’ which deals with the tricky subject of alternate reality. The film also stars Ritwick Chakraborty in the lead.