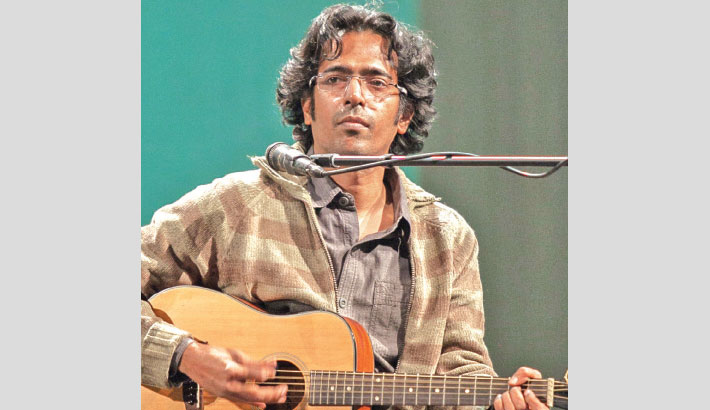 Human life is short. However, some people are eternal. These are people who may not be a part of this world any more but still remain among us with their words, their deeds and their profound thinking. They were visionaries in their own time. While some of these luminaries were recognized by their people during their lifetime, there were many others who had to settle for posthumous fame. Luckily, people present at the time of Kazi Nazrul Islam who was crowned as the national poet in 1972 were familiar with his incredible endowment. But that doesn’t mean he had to face any less hardship. His entire life had been through many ups and down and turmoil, that left him with feelings which later embodied into words, words which we still remember and sing to this day as if they were our own. What a blissful connection!

Nazrul wrote and composed nearly 4,000 songs (including gramophone records) which are widely popular in both Bangladesh and India. His songs were revolutionary, spiritual, romantic as well as philosophical. They are something we can relate to even today. Though much has changed since his time (technology has took over and there has been huge urbanization), we are still the same. We are still made of the same red blood. We still fall in love. We still seek the help of the divine in life. Therefore, Nazrul’s words and songs transcend time. Even a thousand years later, people can still sing to these and feel exactly the same as we feel now. Take a look at how some of the modern bands and artists have adapted Nazrul’s words and philosophy and also infused their own style.

When we think of Nazrul’s influence in the new rock era, we cannot forget the heavyweight progressive rock band Artcell and their power-packed Nazrul song tribute “Kandari Hushiar”. No Artcell’s concert is ever complete without this track. It’s something that can take you to zen mode with Nazrul’s powerful words and Artcell’s mighty music. The idea of the song came up for a Grameen Phone concert while the rock version of the song itself was later released in the mixed album titled ‘Rock 202’.

If you haven’t listened to Dreek band’s version of “Jhornar Moto Chonchol”, you are missing out big! The guitar works, rhythms, beats and of course, vocalist Saif’s powerful voice really make this tribute one to remember.

Bappa Mazumder is paying tribute to the national poet with a song whose name he still does not want to disclose. “I want it to be a surprise for the listeners,” he said. The song will be released on the National Poet’s 120th birth anniversary (25 May) in Bappa’s Youtube channel. Though Bappa Mazumder has performed many Nazrul songs on television and in concerts, this is his first recorded song of the national poet.

A program named Ekushey Music Lab (EML) by eminent producer Isha Khan Duray created a rock version of the ageless song about Eid-ul-Fitr by Kazi Nazrul Islam. Though “Romjaner Ei Roja’s Sheshe” is a song that is played countless times on TV and on stage every year during Eid, this was the first ever rock version tribute. Furthermore, the music video showed two drummers playing the beats. The song was sung by Niloy, Monir and Silvy. Elan was the guitarist and Bappy was the bassist. On drums were Nadeem and Shoikot. The director was Tanzim Mishu. A revolutionary idea such as this one could only come from the great mind of Isha Khan Durey, the man who created the first band mixed album in the country in 2001 and pioneered the mixed album trend here.

Though Nazrul’s songs were played back then on gramophone and cassettes while it is played on Youtube and Ipods now, the essence is still the same. Perhaps a hundred years later, those who are interested to pay tribute to this timeless revolutionary poet will find a new angle to his compositions.