The Power Of Habit 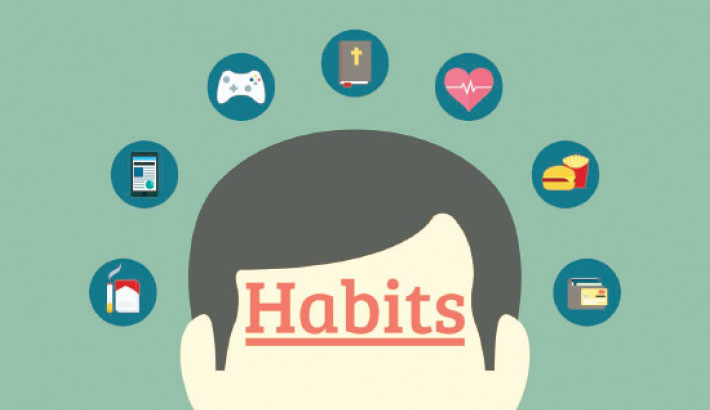 It is often said that human beings are slaves of habit. Normally if we get a way to do something, we instinctively do that same thing in the same way afterward. One paper published by a Duke University researcher in 2006 found that more than 40 percent of the actions people performed each day were not the due to decision making, but were results of habits. In a sense, that is alarming because when we are in the middle of a habit, we are thinking less. When we get used to that system and lose the power of thinking otherwise, it turns into a problem for us. Other times, it can rot our brains and hollow our souls. Science says each of our habits has a different catalyst and offers a unique payoff. Among those habits some are simple and some are complex that offer subtle neuro-chemical prizes. But every habit, irrespective of its complexity, is malleable. By changing their habits, the most addicted alcoholic can become sober, the most dysfunctional families can transform themselves or a high school dropout can become a successful executive.

As it happens, habits all get modified in somewhat the same way. When an individual successfully quits smoking or an organization changes collective behavior to improve its safety standards, there are certain universal patterns at work. Changing habits is not just a matter of willpower, despite what you have probably learned. Surely we all have habits and we have failed to change those bad habits. But the real obstacle to change for most people is not a lack of determination rather it is a lack of understanding how habit works. During their extensive studies of the underpinnings of habit in the 1990s, researchers at the Massachusetts Institute of Technology discovered a simple neurological loop at the core of every habit. All habits, it turns out, consist of three parts: a routine, a reward and a cue. The researchers dubbed this the “habit loop”.

As they studied people and organizations who had successfully changed stubborn, pernicious behaviors, they learned that they all followed more or less the same steps: they had identified the routine around the habit, experimented with different rewards to satisfy the craving the behavior was trying to fulfill, and isolated the cue that triggered the behavior in the first place. Finally, those who successfully executed habit change had put a plan in place that would help them respond differently to the cue (whether it was fatigue driving them to caffeine or loneliness driving them to the bar) and nudge them in the direction of the new habit, thus preventing an unconscious return to the old behaviour.

Breaking habits requires establishing a new behavioral pattern, a new prepotent response; a new habit. A pre-decision to “just get started” or “just say no” can be a very effective first step in this process of change. It is not the only step, but it is a key step. In fact, I think it is the only possible first step for procrastination or drug abuse, respectively. It is just that we might all develop different ways to do this. The procrastination habit can change, and it is through learning about why we procrastinate and how that relates to your particular keystone habit.

Studies have shown that people who identify simple cues and clear rewards are more likely to establish consistent exercise habits. If you want to start running in the morning, for instance, research indicates you’re more likely to succeed if you choose an obvious cue and a clear reward. After a while, your brain will start anticipating that reward - craving the treat or the feeling of accomplishment and there will be a measurable neurological impulse to exercise each day.