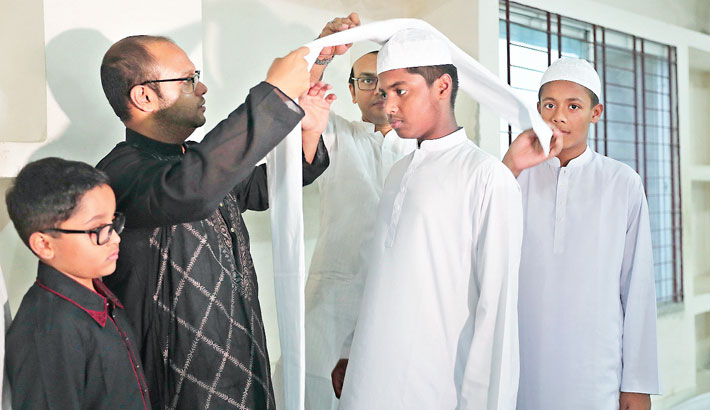 Bashundhara Group Vice-Chairman Safwan Sobhan make a hafiz of Rahmania Madrasha wear a turban around his head at a pagri (turban) awarding ceremony on the institution premises at Bashundhara Residential Area in the capital on Tuesday. -SUN PHOTO

Rahmania Madrasha, an initiative by the country’s leading business conglomerate Bashundhara Group, accorded a reception to new hafizes at pagri (turban) awarding ceremony on the institution premises on Tuesday.

A total of 16 students were awarded turbans at the event which was followed by an iftar party and Maghrib prayer.

It may be mentioned that Bashundhara Group initiated the Islamic education centre including madrasa and mosque in the residential area. The country’s largest mosque is under construction here.