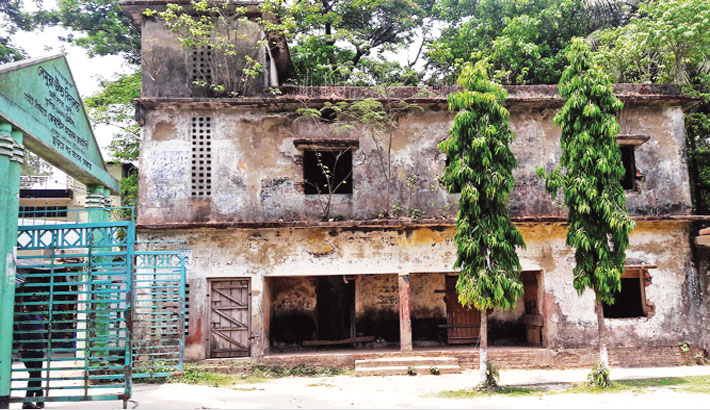 Local alleged that recently they had even appear to be risky for the people coming to take refuge here at the time of any natural calamity.

The cyclone centers inside a government primary school and different professional bodies are running their activities.

According to upazila project office that a total 57 cyclone shelters constructed 1960 and most of shelters are in dilapidated condition. Three shelter eroded by the Feni Chotto River. Around 3 million people live in nine unions of the upazila which is disaster–prone as it is situated are estuary of the Bay of Bengal. During the impact any cyclone people were passing their days in panic.

Every year thousands of people of coastal upazila have to survive fighting against natural calamites.

Due to the inadequacy of shelter center, thousands of people here find no where to seek shelter even after getting signal of any impending disasters, consequently, there might be massive casualties and damage of properties if natural disasters hit the coastal region.

Some local people said, we go to there by forced to stay there amid risk of accidents.