Salman reveals he was ready to adjust dates for Priyanka 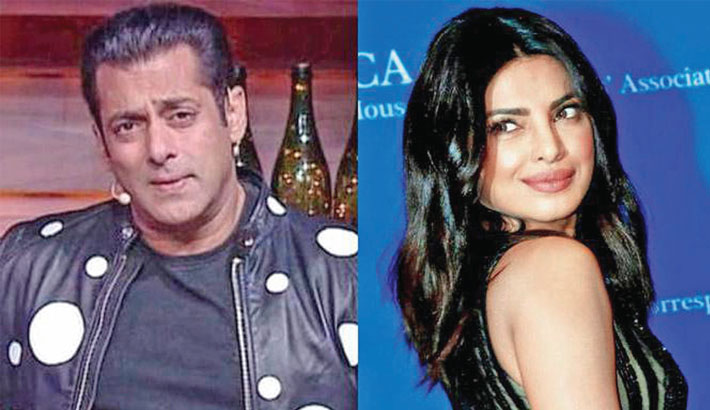 Salman Khan hasn’t shied away from making clear that he isn't pleased about Priyanka Chopra's abrupt departure from his magnum opus, Bharat. It's clear to everyone in the know that Salman wasn't, and still isn't, very happy about Priyanka walking out of his film. Of course, the star got Katrina Kaif on board soon after, but Priyanka Chopra's exit from Bharat still gets to him.

Now, as reported by Mumbai Mirror, Salman Khan revealed another bit of info about the matter. He said, "She (Priyanka) came to meet me one day and said she is going to get married and hence won't be able to work in the film. I had told Priyanka that we will adjust the dates for her. She said that she isn't sure how much time she needs for the preparation of her wedding."

Salman Khan also said, "Even after the release of the trailer, Priyanka didn't call me. Now, if she had some genuine problem then it's alright. I believe, whatever happens, happens for the good."

The Dabangg actor further said that while many actors would give anything for the film, Priyanka chose marriage over it. But this doesn't mean he isn't open to working with her in the future. The actor said that he will definitely work with her if she gets him a meaty role.

Bharat stars Salman Khan, Katrina Kaif, Tabu, Disha Patani, Sunil Grover and Jackie Shroff in lead roles. It traces India's post-independence history from the perspective of a common man and follows his life from the age of 18 to 70 years of age, as a journey. The film is a historical period drama written and directed by Ali Abbas Zafar. Bharat releases on June 5, 2019.