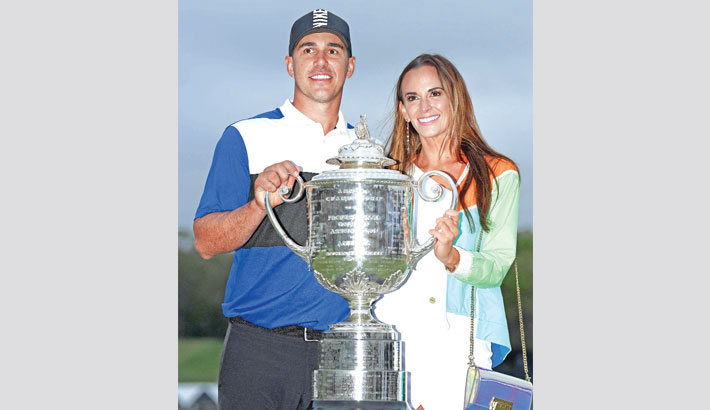 Brooks Koepka returned to the top of the world rankings a day after his nerve-jangling second straight US PGA Championship victory at Bethpage Black on Sunday.

The 29-year-old American has now won four major titles in his last eight starts and is the first man to ever hold back-to-back titles in two majors at the same time, ahead of his tilt at a third successive US Open crown next month.

A near-collapse saw Koepka’s record seven-stroke lead reduced to a single shot, but he withstood making four bogeys in a row on the back nine and another at 17 for an unexpectedly narrow triumph.

“This is probably the most satisfied I’ve been with all the majors,” said Koepka. “This one’s definitely at the top of the list of how emotionally and how mentally spent I am.”

Koepka fired a four-over par 74 final round at windy Bethpage Black to finish 72 holes on eight-under 272 and defeat Johnson by two strokes, replacing him as world number one as a result.