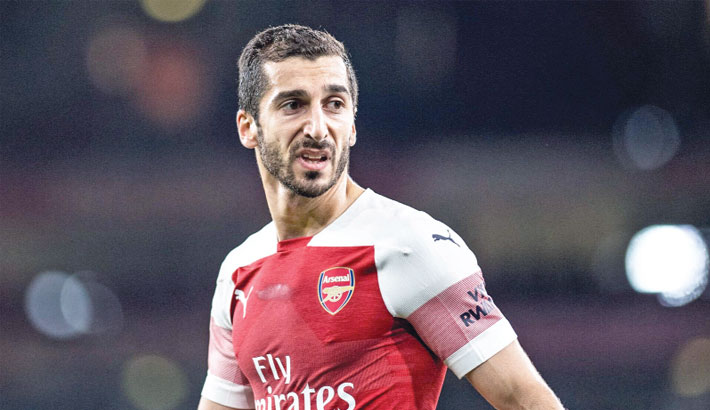 Arsenal’s Armenian midfielder Henrikh Mkhitaryan will miss the Europa League final against Chelsea in Baku amid fears over his safety.

Mkhitaryan’s well-being was a concern for Arsenal due to the tense political dispute between Armenia and final hosts Azerbaijan.

The Premier League club have decided against Mkhitaryan travelling with the rest of Unai Emery’s squad for next Wednesday’s game.

“We are very disappointed to announce that Henrikh Mkhitaryan will not be travelling with the squad for our UEFA Europa League final against Chelsea,” an Arsenal statement announced on Tuesday.

“We have thoroughly explored all the options for Micki to be part of the squad but after discussing this with Micki and his family we have collectively agreed he will not be in our travelling party.”

Azerbaijan’s ambassador to the UK, Tahir Taghizadeh, had insisted Mkhitaryan would be free from any threat of violence, but it was reported the star didn’t believe he would be safe on the pitch.

“Having considered all the current options, we had to take the tough decision for me not to travel with the squad to the UEL Final against Chelsea,” Mkhitaryan tweeted.

“It’s the kind of game that doesn’t come along very often for us players and I must admit, it hurts me a lot to miss it. I will be cheering my teammates on! Let’s bring it home.”