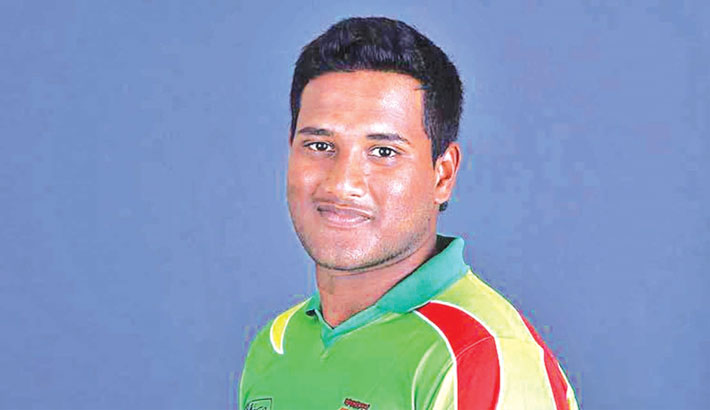 As a stand by player for Bangladesh’s World Cup squad, Yasir Ali is ready to entertain any sudden call-up as he oozed with the confidence after a short stint with the national team even though he failed to make his debut.

Having said that, he made it clear he held no grudge against the team management who didn’t consider him for any match in the Tri-nation series despite picking him up as a potential player.

Yasir made the cut for the national team for the first time on the back of his superb performance in the Bangladesh Premier League (BPL) and Dhaka Premier Division Cricket League (DPL) but failed to make his debut as the team management chose to play a safe game in a bid to clinch the trophy.

However the youngster rather was proud of being the part of the team which made the history, clinching a maiden multinational trophy which eluded them six times earlier.

He claimed that sharing the dressing room with the national stars under one roof came as a great help for him as he learnt many things. As he is the stand by player of World Cup, there is opportunity for Yasir to get a call up if anyone gets injured.

Yasir said in those circumstances, he will not feel uncomfortable to show his mettle in the World Cup because of his experience in the Tri-series despite not playing any match there.

“Since I am the stand by player, I know I can get a call up any moment. In fact my life is full of uncertainty. If anyone gets injured, I may go to fill the void,” Yasir said on Tuesday.

“I will be mentally prepared. I know that there is a possibility to go to the World Cup as long as it is being held,” said Yasir.

Despite being a rooky player, Yasir however has a matured head on his shoulder, something which was profoundly proved in the way he accepted the snub in Tri-series.

“Team’s priority is ahead of anything else. It is not any franchise league, here the interest of the country comes first. The team management did what they felt was good for the sake of the team. I have no grudge over them and have no negative mentality,” he added.

“To share the dressing room with the national players was a great opportunity. I have learnt many things namely how they play and how they set their mind. I believe this will be helpful for me in the future,” said Yasir.

Yasir however was the part of the High Performance Unit Core Squad, he termed his experience there as helpful which kept him ready for any sudden call up from the national team.

“The HP camp is always helpful. If there were no camps, I would have had to stay in the home and there would have been limited opportunity to practice. Since the camp is on, I will have extensive practice to keep myself fit and at the same time it will also help me get ready for any call up in the national set-up,” he concluded.