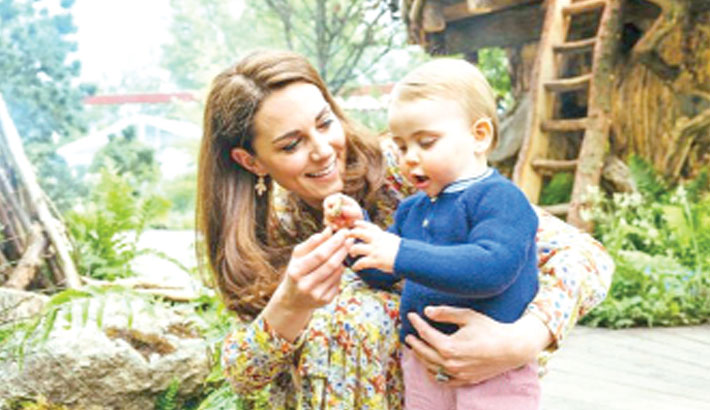 Kate Middleton, the Duchess of Cambridge, has unveiled her garden at the Chelsea Flower Show.

She visited the woodland wilderness garden with schoolchildren a day after Prince George, Princess Charlotte and Prince Louis also enjoyed it.

The royal children spent an hour on Sunday playing in the Back to Nature Garden, which has a tree house, stream and swing.

The site was co-created with landscape architects Andree Davies, Adam White and the Royal Horticultural Society.

Charlotte was pictured on a swing, while a barefoot George paddled in a stream and Louis ran about with a stick.

Over the past months, George, Charlotte and Louis helped their mother collect leaves, moss and twigs, which were then incorporated into the garden. The Duke of Cambridge was seen playing with his family in pictures released by Kensington Palace and taken by photographer Matt Porteous.

Catherine has been closely involved in the project and been at the site ahead of the event, which opens to the public on Tuesday.

The garden includes a tree house, waterfall, rustic den and a campfire as well as tree stumps, stepping stones and a hollow log for children to play on.