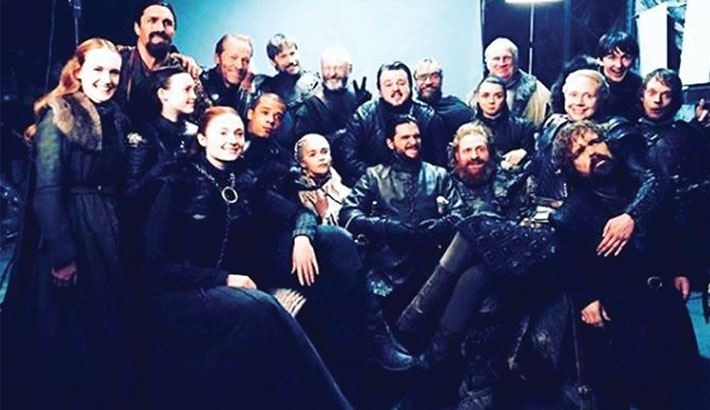 After a long, exciting, eight-year journey, Game Of Thrones is wrapping up and leaving behind a legacy as one of the most popular series on television. And just like all the fans, even the star cast of GOT is emotional while bidding farewell to the show, reports mid-day.

Emilia Clarke, who plays Daenerys Targaryen, shared a series of pictures along with an emotional note, closing the door on this formative experience in her career. "Finding the words to write this post has left me overwhelmed with how much I want to say but how small words feel in comparison to what this show and Dany have meant to me," she began the post. "The mother of dragons chapter has taken up the whole of my adult life. This woman has taken up the whole of my heart. I've sweated in the blaze of dragon fire, shed many tears at those who left our family early, and wrung my brain dry trying to do Khaleesi and the masterful words, actions (and names) I was given, justice," she added.

Sophie Turner, who played Sansa Stark, shared a picture featuring most of the season eight cast along with a message dedicated to her character Sansa Stark.

"Sansa, Thank you for teaching me resilience, bravery and what true strength really is. Thank you teaching me to be kind and patient and to lead with love. I grew up with you. I fell in love with you at 13 and now 10 years on.. at 23 I leave you behind, but I will never leave behind what you've taught me"

John Bradley-West, who portrayed Samwell Tarly, shared a picture of himself with the 2010 rehearsal and prep schedule for season one, where the journey began for him.

In a lengthy caption, he wrote, "So tonight we have our very last episode. It's the final step of a long and wonderful journey. A journey that, for me, started at 10 am on Monday 19th of July 2010.