May plans ‘bold offer’ to get support for Brexit deal 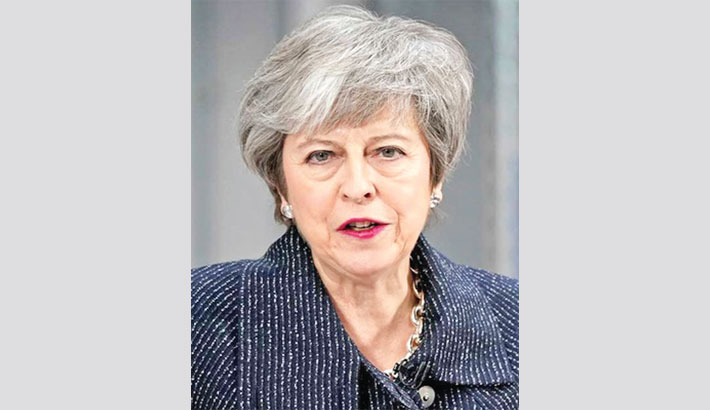 LONDON: British Prime Minister Theresa May on Sunday said a “new and improved” Brexit deal will be put to MPs when they vote on the EU Withdrawal Agreement Bill in early June.

Writing in the Sunday Times, May said the bill will be a “bold offer”.

Part of the offer will be around workers’ rights, International Development Secretary Rory Stewart told the BBC’s Andrew Marr Show.

Labour’s Jeremy Corbyn said he would look at the proposals “very carefully” but “can’t give it a blank cheque”.

Scottish First Minister Nicola Sturgeon said support in Scotland for staying in the EU had strengthened since the 2016 referendum - when 62% of voters backed Remain - and voters should send a clear message about this in Thursday’s European elections.

May announced this week that MPs would vote on the bill - which would bring the withdrawal agreement into UK law - in the week beginning 3 June. If the bill is not passed, the default position is that the UK will leave the EU on 31 October without a deal.

Labour has said it will vote against the bill after talks with the government on trying to agree a compromise acceptable to its MPs broke down. Many Conservative MPs also remain opposed to the bill, meaning it risks failing to clear its first parliamentary hurdle.

But in her Sunday Times piece, Mrs May said she will “not be simply asking MPs to think again” on the same deal that they have repeatedly rejected - but on “an improved packaged of measures that I believe can win new support”.

The PM said she wanted MPs to consider the new deal “with fresh pairs of eyes - and to give it their support”.

Stewart suggested the two main parties were “about half an inch apart” on the three main issues under discussion - protecting employment rights and environmental standards and having a strong and flexible trading relationship with both the EU and other countries.

“None of us want to remain in the European Union, none of us want a no-deal Brexit which means logically there has to be a deal,” he said.

“Within the terms of a Brexit deal, I don’t believe there’s anything that Jeremy Corbyn or we want that’s that far apart.”