Ronaldo wins Serie A Player of the Year Award 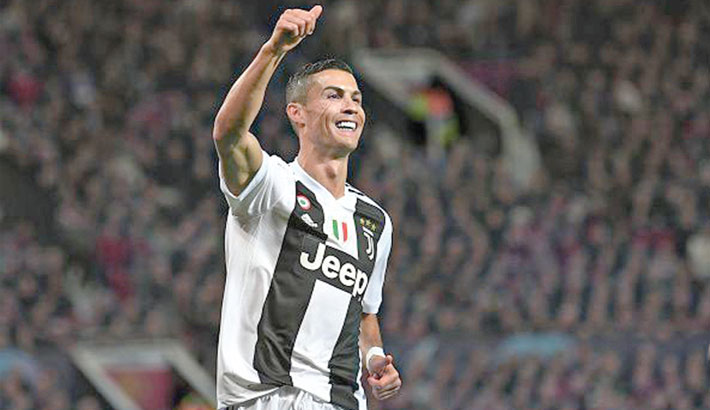 Juventus forward, Cristiano Ronaldo, won the Serie A Player of the Year award for the 2018-19 season, his first in the Italian first division football, report agencies.

Cristiano Ronaldo joined Juventus from Real Madrid in the summer of 2018, marking an end to his nine-year spell with the Los Blancos.

The Portuguese international settled in quickly at his new club and played a huge role in the Bianconeri’s success during the 2018-19 season. He guided the Turin-based club to its eighth consecutive league title, along with Supercoppa Italiana triumph.

The 34-year-old played 30 Serie A games thus far this season, scoring 21 goals and 8 assists in the process. He also scored six goals in the Champions League prior to his team’s elimination from the competition during the quarter-finals.

Juventus Superstar, Cristiano Ronaldo added another honour to his already impressive trophy cabinet, after being named the Serie A Player of the Year for the 2018-19 season.

Samir Handanovic, Inter Milan captain, was recognised as the Goalkeeper of the Season, with Napoli’s Kalidou Koulibaly collecting the Defender of the Season accolade.

Lazio’s Milinkovic-Savic was rewarded the Midfielder of the Year award for his brilliant performances throughout the season and the veteran striker, Fabio Quagliarella, was crowned as the Best Striker of the Season. The Sampordia man is currently leading the Serie A goal-scoring charts with 26 strikes in 35 games.

Nicolo Zaniolo, AS Roma midfielder, has been named as the Best Young Player of the Season.

Juventus will play Atalanta next in the league before squaring up against Sampdoria at the Stadio Luigi Ferraris for the final game of the Serie A season on May 26.