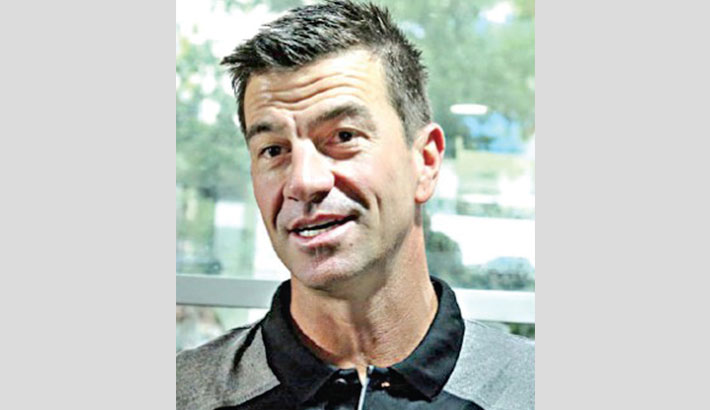 Bangladesh High-Performance (HP) Unit Head Coach Simon Helmut welcomed Bangladesh Cricket Board (BCB)’s initiative to form the HP squad with emerging cricketers as he believes the time has arrived to take such initiatives to ensure enough supply in the pipeline for the national team.

The HP programme will effectively replace BCB’s National Cricket Academy, which will be now limited to infrastructural facilities while BCB Game Development Committee will now have their role limited only to the age-level teams.

“When I first arrived two or three years ago, the HP was open age, it didn’t matter what age players were, the selectors in their wisdom decided we would give opportunity to those players who have performed well domestically,” said Helmut.

“In the couple of years we have established Under-18 series and HP series, so more players got opportunity in the national side and began to settle. So, we came up with the idea that now it’s the time to concentrate on the upcoming players,” said Simon.

“I am very much looking forward to the HP programme. It’s my third year with the programme.  Coming off the back of a great series back in Ireland. It’s great to see some of the players who have been involved in HP over the last few years are being included in that squad,” he said.

“The HP programme and ‘A’ programme works very closely, to ensure the when the players go to play for the national side they are going to be ready. So watching Mohammad Mithun and Soumya Sarker play at the same venue where they played BCB A Series last year and to win that game feels terrific,” he concluded.

“Mosaddek was fabulous in the Tri-nation series final, but having Nayem (Nayem Hasan) there and Yasir Ali and Abu Jayed Rahi are some of the guys who have come through the program. It’s good to see that they are getting their opportunity in the national side,” he stated.

“We also have lot of players who have played for the national side like Nazmul Hossain Shanto, Nayeem, Zakir, there are still some guys who had some national experience and also played a lot of Bangladesh Premier League and DPL (Dhaka Premier Division Cricket League). They have been very successful in the domestic arena,” he said.

“I know Champaka (Champaka Ramanayake) is working very hard with his pace bowling group, we saw Khaled, Ebadat and others debut in New Zealand.  We want to really develop the pace and spin group, as well as keep plenty of batting depth. So, when the opportunity comes in the form of injury, these players can replace those who are already in the squad,” concluded Simon.

The HP unit started their camp from May 18 with twenty four members at BCB National Academy premises in the capital.