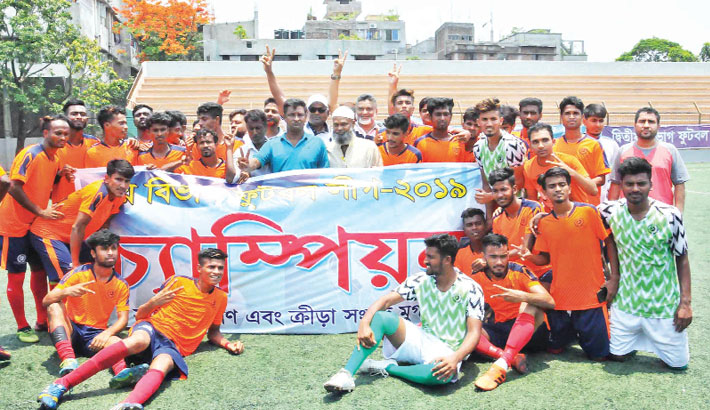 Mugda earned the title following their sensational win against Shantinagar Club by 5-1 goals in their league encounter on the day.

Mugda took the early lead on the 6th minute of the match courtesy of their forward Md Asaduzzaman. Fortune favoured the brave as Mugda doubled their lead as they were rewarded an own goal by Shantinagar on the 21st minute.

Forward Tawhid Hasan scored a stunner on the 46th minute to advance Mugda’s lead. Moments later, Md Asaduzzaman completed his brace scoring another goal on the 48th minute of the match.

Shantinagar forward Md Sadek Hossain scored the lone consolatory goal for his side on the 78th minute but their jubilation was short lived as Mugda forward Nur Mohammad scored the fifth goal of the match hammering the final keel.