I am excited to be part of Bangladesh cricket: Jaffer 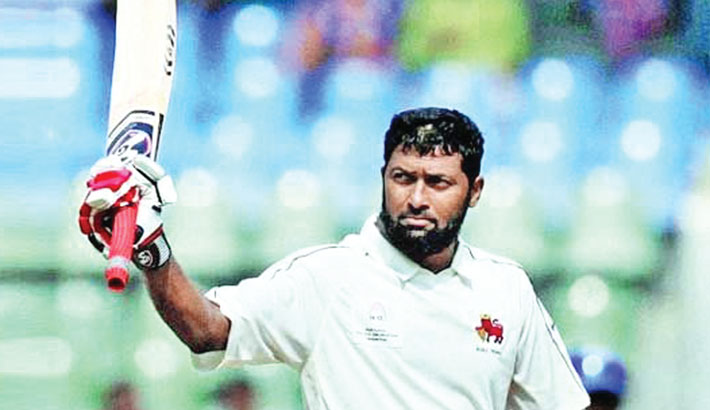 Bangladesh’s newly-appointed Bangladesh Cricket Board (BCB)’s Game-Development Batting Coach Wasim Jaffer is excited to become a part to develop the future cricketers of the country.

BCB official said on Friday that they have appointed India’s domestic stalwart Jaffer as the batting coach for game development of its High Performance Academy in the capital for a period of one year beginning from June 2019.

BCB planned to use him as per their needs which includes being part of the high-performance unit and the A team as well as helping out the Under-19 cricketers, who is expected to take part in the 2020 ICC Under 19-World Cup.

The veteran opener, who played 31 Tests (five hundreds and 11 fifties) and two ODIs for India, will spend six months in a year with Bangladesh’s batsmen as per the need of the BCB.

“It will be an exciting journey,” Jaffer told daily sun over phone on Friday.

“I think my major duty will be to share my knowledge among the youngsters and try to improve their game accordingly,” said Jaffer.

“My major emphasis will be to spot out new talents. I have seen a lot of potentials while playing for Abahani in domestic cricket and looking to prepare myself so that I can help them bring out their best in the middle,” he said, who is apparently taking such a role for the first time in his career.

Apparently, Jaffer accepted the offer after being approached for the job by BCB. The 41-year-old was in Bangladesh for a couple of weeks to play in the Dhaka Premier Division Cricket League for Abahani Limited. On that trip, the BCB officials were impressed with the seasoned campaigner at the nets.

According to BCB officials those sessions with Soumya played a big part behind selecting him for the post as the national left-handed opener claimed to be benefitted by his suggestion.

“I have seen his (Wasim) batting very closely. He is a very good and experienced player. He has scored 40,000 runs in his career. Since he scored so much runs, he definitely has the quality,” Soumya said when his attention was drawn regarding his stint as his short-time batting mentor in the Abahani camp.

“I have understood how he thinks in the field and outside the field. I also follow his way of batting. I talked with him about this, nothing more than that and just tried to follow his instructions,” concluded Soumya.