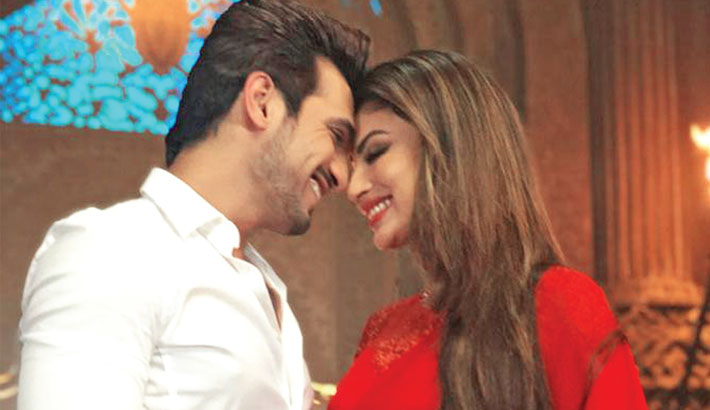 Actor Arjun Bijlani and Mouni Roy created quite a buzz with their strong chemistry in the show Naagin. Well, the two reunited for the finale of the current season and all we can say is that all of that chemistry is still there, reports mid-day.

"It was so much fun to be back on the sets of Naagin and work with Mouni again.

The show has been doing so well and we are so proud of it. I am honoured to still be part of the show in some capacity," says Arjun.

Talking about working with Mouni, he says, "Mouni and I worked well before and work well now too. She is a great actress and its fun to work with someone who is so dedicated to their craft. I hope she gets success in all that she does."

Meanwhile, the cast has been catching up and bonding with each other before the shoot of the final episodes. Besides Mouni and Arjun, Karanvir Bohra and Adaa Khan will be making a comeback on the show in the finale episode.

Recently Ekta Kapoor talking about Naagin and her other shows at an event said, "I think 'Naagin 1' was great, 'Naagin 2' was a bit of a mess up and 'Naagin 3' picked up again." After its second season, the third one got a new story and cast, including actors like Karishma Tanna, Anita Hassanandani, Surbhi Jyoti, Pearl V Puri, Rajat Tokas and Rakshanda Khan.