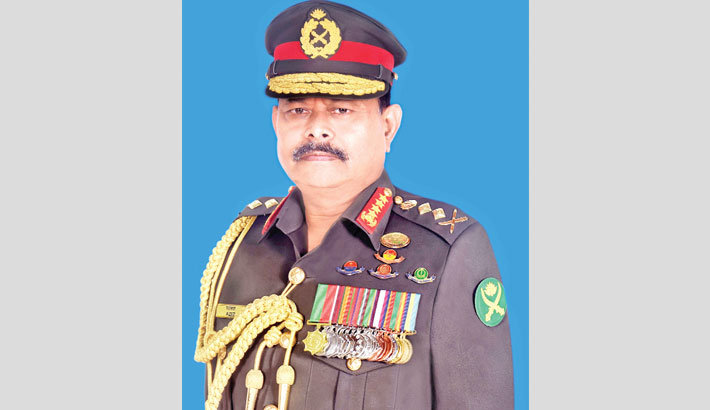 Chief of Bangladesh Army General Aziz Ahmed will depart for Hawaii today on a five-day visit at the invitation of US Army Pacific Commander General Robert B. Brown.

He will take part in the ‘Land Forces of the Pacific Symposium & Exposition (LANPAC 2019)’ in Honolulu of Hawaii.

The main theme of the symposium is ‘A Free and Open Indo-Pacific: Innovative and Agile Land Forces’ where contemporary issues of the Indo-Pacific region and future plans will be discussed.

The chief of the army staff will take part in panel discussion with top-ranking military officials from different countries.

There he will deliver his speech on the subject of ‘Land Forces Increased Interoperability with Allies and Partners’ as one of the main speakers.

It may be mentioned that he has been given this special invitation so that he can highlight the experience of working with representatives of more than 50 countries while serving as the Military Assistant to the UN Commander at UN peacekeeping mission UNMIS in 2005-06.

General Aziz will also exchange views with the high-ranking military leaders of the participating countries and will call on the US Army Pacific Commander on May 22.