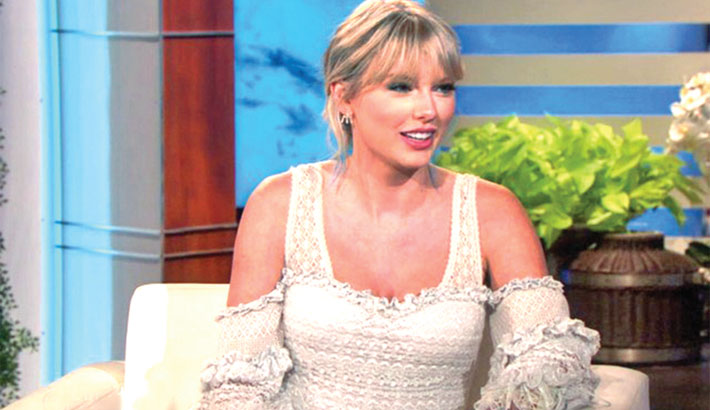 Taylor Swift made her talk show return after several years with good friend Ellen DeGeneres on The Ellen Show. The singer went all out and revealed some juicy details about herself that are sure to break the Internet.

Her latest song is ME! featuring Brendon Urie of Panic At The Disco has become THE song on all our playlists. However, before the song released, T-Swift, who is the queen of Easter eggs, had a countdown set for April 26, 2019. However, this date is the same as Avengers: Endgame's release date, reports Pinkvilla.

Swifties went on overdrive over a possible Easter egg with Avengers: Endgame. However, Taylor has finally broken her silence on the same during her appearance on The Ellen Show.

Taylor revealed, "We had a single that was coming out the same day and I had a song that was called ‘Endgame. They were like, ‘Oh my God, she’s gonna defeat, Thanos!’ I let everyone down… again!" As much as we would have loved for Taylor to have some part in the MCU (Marvel Cinematic Universe) film, such was not the case.

Would you have liked for Taylor to have been a part of Avengers: Endgame, as a cameo appearance or even a song in the official soundtrack? Let us know your views in the comments section below.

Meanwhile, Swift also addressed her past interview with Ellen when she took a massive dig at then-boyfriend Joe Jonas. The singer stated that she regretted dishing the dirty laundry on a talk show.