Protesters vow to press on with demo 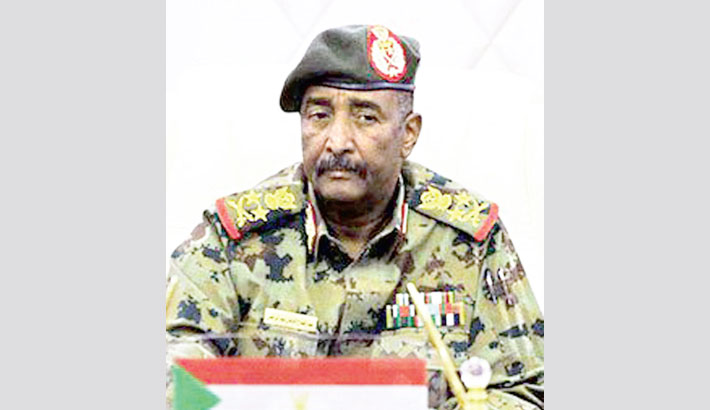 On Wednesday army generals and protest leaders were expected to decide on the make-up of a new body to govern Sudan for three years, the thorniest issue in instating civilian rule following the ouster of longtime autocrat Omar al-Bashir last month.

But after at least eight people were reported wounded by gunshots near a sit-in outside the army complex in the capital, Sudan’s army ruler General Abdel Fattah al-Burhan announced negotiations would be suspended for 72 hours.

Burhan—the chief of the ruling military council that took power after Bashir was toppled—left the door open to resume talks but demanded protesters dismantle roadblocks in Khartoum, open bridges and railway lines connecting the capital and “stop provoking security forces”.

There were “armed elements among demonstrators who were shooting at security forces”, he added.

“They asked us to dismantle barricades in parts of the capital,” Rashid al-Sayid, a spokesman of the umbrella protest movement the Alliance for Freedom and Change said.

Meanwhile, Sudanese protesters voiced regret Thursday at an army decision to suspend crucial talks on installing civilian rule but vowed to press on with a sit-in despite being targeted in fresh violence, reports AFP.

Army generals and protest leaders had been expected to come to an agreement on Wednesday over the make-up of a new body to govern Sudan for three years.

The issue is the thorniest to have come up in ongoing talks on reinstating civilian rule after the generals took over following the ouster of longtime autocratic president Omar al-Bashir last month.

But in the early hours of Thursday, the chief of Sudan’s ruling military council, General Abdel Fattah al-Burhan, announced the talks had been suspended for 72 hours as security in Khartoum had deteriorated.