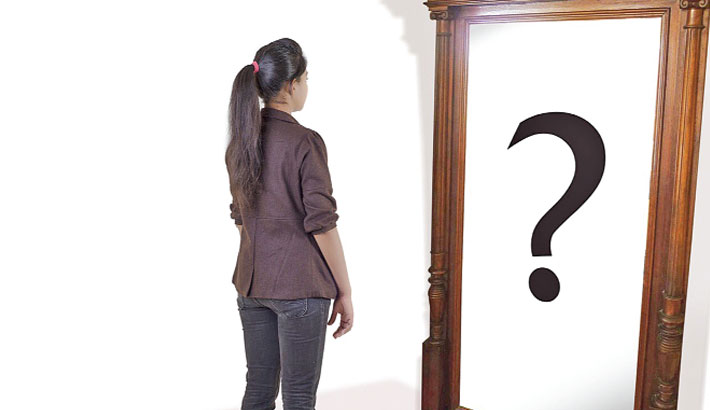 Recently a very sad and astonishing piece of news has popped up in my Facebook newsfeed. A five-year-old baby girl died after getting slapped by her own mother for not eating rice! This miserable incident happened in Jhenaidah on 21 April. The mother has been taken to police custody. Apparently the mother is to be blamed. Some people will call her a "witch". Some will curse her with unspeakable abusive words. Some will even try to brutally slap her back on her face. And unfortunately, none will stand with her. The whole world around her will accuse her for being a murderous and monstrous mother. But no one will ever try to understand that she herself has been a victim of "postpartum depression" for a long time! She found no way to prevent or cure her psychological suffering. Beating indiscriminately her own child is just a way of expressing her hidden depression. Everyone would say that she did not love her daughter. But the fact is that she actually forgot to love herself. She would need an antidepressant before the accident happened. And the best antidepressant she could have gotten was to love herself.

In our country, mothers are thought to behave like goddesses, but treated like servants. They are expected to be goddess because goddesses have no flaws. I have said that they are treated like servants, because they are punished for making mistakes. People think that a mother is supposed to know and do everything perfectly. If anything happens to the child, everyone starts blaming her. She becomes helpless and depressed. She forgets to take care of her own self while taking care of the baby and the entire family. Undoubtedly, a mother does everything for her baby, because she loves her son or daughter more than anything and anyone on earth. But it is also true that the hidden intention to do everything perfectly is to stop abusively judgmental mouths of people around her. She knows that her activities, as a mother, are under panoptical observation. So, she tries her best not to make any mistake. In this way, she forgets to behave and think like a normal human being. As a result, she suffers from severe depression.

When we are in love, we expect to be loved back by our loved ones. Lack of love becomes a vital reason for developing depression. Postpartum or any kind of depression stems from the feeling of being unloved. I have begotten three children in last three and a half years. When I became a mother for the first time, almost everyone around me started giving various advices and suggestions. Many close ones looked for my mistakes. Many delivered negative comments about my son and my motherhood. If my son cried for any good reason, people blamed me. If I scolded him for doing anything wrong, people blamed me. If I did not scold him for the same kind of reason, people blamed me. I started becoming depressed. I remained hushed. I was about to be boiled alive. Then one day, I burst into tears in front of my husband. He gave me the best suggestion I could ever receive. He said, "You are the mother, it's your baby. Listen to your heart. Avoid them. Do everything that makes you feel happy". I am glad that he told me these words which secretly worked as a tonic. I started loving myself back. I resumed my hobbies. I started singing and writing to heal my pain. In this way, I fought against all odds and depression. I said to myself to be optimistic and positive. I said to my mind, "Love thyself."

When you are in love with yourself, you do not actually need outside force to remain in love. But when you are depressed and fall out of love, you need admiration and appreciation from the people around you. My husband always, in fact regularly, tells me, "You are an excellent mother". My mother tells me, "You can handle kids better than I did". I know sometimes I make mistakes. But their appreciation and admiration have given me the courage to forgive myself. I have now more confidence in my abilities and more mercy on my inabilities.

Sometimes mothers often cannot love their new bodies. A mother is sometimes reminded by her husband of her new shapeless body. Motherhood is a long and complicated journey. A woman's body and mind are changed when she becomes a mother. I have seen so many new mothers feeling depressed about their new bodies. Some said that their husbands would not like them the way they used to, because they have grown fatty. A few husbands have great problems with the stretch marks. So, out of depression, the mothers try heart and soul to get slimmer and spotless bodies. They too forget that the stretch marks are the marks of love. Some mothers too feel ashamed to be shapelessly overweight. I also want to shed my extra kilos only to reduce my back pain. Three consecutive cesarean sections have gifted me severe back pain. When I lose weight, I lose them. When I gain weight, all my back pains are also regained. So, lose weight and get in shape for fighting against health issues, not for looking beautiful. You are already beautiful. Just look into the innocent and clear eyes of your children. These pretty mirrors will non-verbally tell you how beautiful you are!

Those who are in depression (specially suffering from postpartum depression) need to know that your silence is not going to protect you. Speak up! Share your burden with others. Take some space. Give yourself a break. Sometimes, give a food or movie treat to yourself. Feel beautiful from inside. Embrace your imperfect body. If your baby does not eat a full portion of rice, don't force him and don't blame yourself. Let it go! Accept that you can never reach perfection. Accept your imperfect self and love it thoroughly. The only antidepressant you can afford to have throughout your life is self-love. So, love thyself.