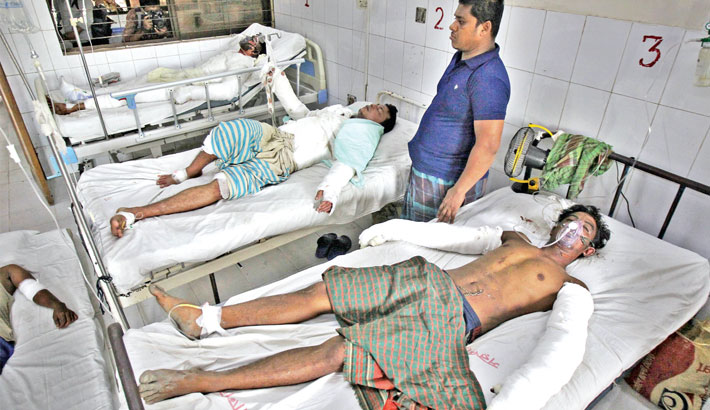 Workers of a ship-breaking yard undergo treatment at Chittagong Medical College and Hospital, after they were injured when a fire broke out at a scrap ship at Baro Awolia area of Sitakunda on Wednesday. —SUN photo

CHATTOGRAM: A worker was burnt to death and five others were injured in a fire at a ship-breaking yard at Sitakunda upazila in the district on Wednesday.

Sources said some workers were working for dismantling a ship at the ship-breaking yard of ‘Premium Trade Corporation’ in Baro Aulia area under the upazila at around 8:30am.

Suddenly, a fire broke out from a room beside engine of the scrap vessel.  Six workers were injured in the fire critically, they said.