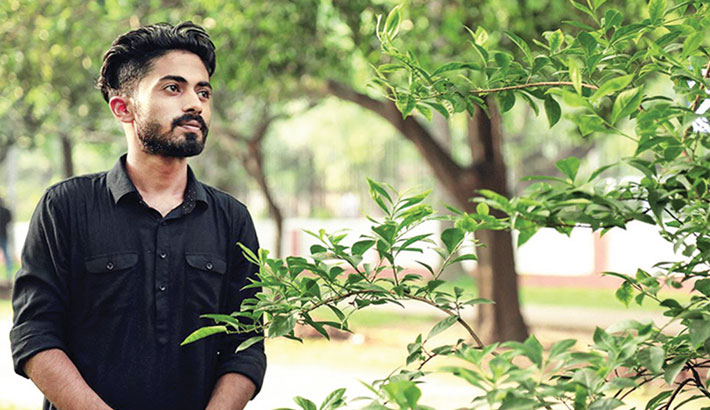 After making his mark on ‘YouTube’s Top 100 Music Videos of 2018’ with his viral track Oporadhi, Arman Alif becomes a popular name among the music lovers of the country. He has released a new music video titled “Allah Namer Modhur Sure” in the month of holy Ramadan.

Written and composed by Amirul Momenin Manik and music arranged by SK Sameer, the music video of the track was directed by Abu Aariz.

Talking about this song Arman said, “I have sung an Islamic song for the first time. Written by Manik bhai, the lyrics of this song are magnificent. Sameer bhai did an amazing job as always. I hope the audience will like it”.

Music director SK Sameer stated, “Manik bhai is a singer, his lyrics and compositions are also wonderful. That’s why I have taken initiative to do an Islamic song by Arman Alif, penned by Manik. We have worked hard and made this new track with great care and we hope the audience will love it,” he added.

The music video of the track was released on Manik Music YouTube channel on May 13.