Corruption of Public University VCs and Our Future 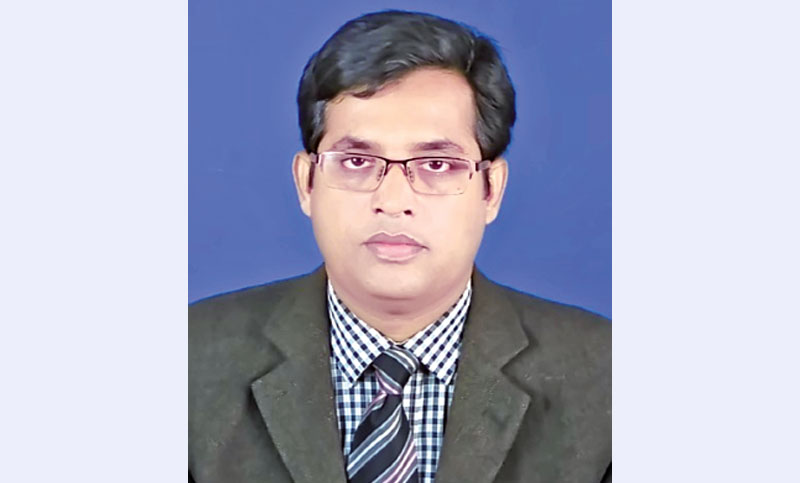 I was taken aback while reading a story in the Prothom Alo on the 5th of May 2019 that highlighted corruption allegations against three public university Vice-Chancellors of the country. Newspaper sources stated that these Vice-chancellors have remained involved in different unethical deeds while appointing teachers and staffs. Among these VCs, one has recently positioned himself in the post of newly created Bangabandhu chair professor. This report has made me think about how one could manipulate or breach the provision of law staying at the apex position of a university. These are not isolated incidents; rather many incidents of this type are taking place at different public universities. If the head of a higher education institution behaves in such a way, how he/ she would be able to establish discipline in his/her institute.

The higher education system of the country has been fervidly criticised by different corners of the society for deteriorating quality of education and expansion of the domination of politics. These incidents are some of the indicators through which we measure the state of quality of education in the country. The issue of ethics and morality comes first when we talk about abuse of power by the vice-chancellors. For instance, if we make an effort to analyse the incident of the Vice-Chancellor who has positioned himself in the newly created Bangabandhu chair professor, it would appear that such an activity might not be illegal, but he should have considered the fact that the decision might have been criticised on the ground of conflict of interest. Being the Vice-Chancellor and the chair of the guideline formation committee of the post, he should not take up the responsibility on moral ground.

My intention is not to undermine his credibility, but I am utterly concerned about the ethical aspect of the decision. The decision of the Vice-Chancellor has been highly criticised by the Pro-Vice-Chancellor as well as a group of teachers upholding the spirit of Liberation War and freedom fight of that particular university. Such attitude of the custodian of the university is creating conflict among the teachers' communities which is really unfortunate. Along with these incidents, Vice Chancellors of other public universities have also been criticised for their depraved activities at their respective university. Thus, these incidents demand the immediate attention of the government.

The practice of politics within universities is the root cause of all sorts of immoral activities making. As a result, politics outscores the merit during the appointment of the Vice-Chancellors. Thus, the whole teaching communities are getting divided into different groups. Most importantly, there has been an uneven competition among the teachers supporting the ruling party. The main cause of this competition is the propensity to enjoy the benefits of different administrative positions. Ideology does not play a part in this regard. Thus, in order to save the higher education sector, the government should consider taking immediate actions against those who are manipulating their power for personal gains and in a way putting the government under serious criticisms as they are the appointees of the central government.

In the last few years, the government has been implementing different programmes through UGC for enhancing the quality of education in the country. But, a pertinent question is what has been achieved through these initiatives. Along with the implementation of different programmes, the government will have to take strong actions against those who would get indulged in any activity detrimental to the image of the institution as well as the government. Most importantly, if power is abused and manipulated at the highest levels of higher education, it will be a difficult task to ensure the quality of the overall system. Thus, the government must have to take these issues into serious consideration.

We all should bear in mind that education is the backbone of a nation. The importance of higher education is immense as these institutes produce the graduates who would steer the country in the days ahead. Bangabandhu provided an enormous amount of freedom to public university teachers in the form of autonomy. But, autonomy has made a large group of teachers reluctant to follow the institutional rules and regulation. Thus, it is high time to think about those who do not follow institutional rules and regulations. Otherwise, the total system of education would be lost in the black hole.

The present government has retained power through a massive victory in the last parliamentary election. It is due to the contribution of the Prime Minister who has been carrying out massive development activities in the country for the last ten years. But at the same, there are a few areas where the government has failed to perform at the desired level. Among these areas, governance, corruption and quality of education are few that require the immediate attention of the government. If the government fails to make improvement in these sectors they would lose the confidence of the people. One encouraging fact is our Prime Minister has already hinted that she would not spare anybody who would get involved in corruption. Thus, it is a crying need of the time to initiate reforms in the higher education sector. The position of the Vice-Chancellor is very important as he/she is the custodian of a university. If he/she gets involved in corrupt practices, other actors would find interest in getting involved in corruption as well. Thus, if the government remains silent on corruption charges against Vice-Chancellors, it would not only bring devastation to our education system but also encourage others to abuse power and position.

The writer is a Professor of the Department of the Public Administration and an Additional Director of the Institutional Quality Assurance (IQAC) at the University of Rajshahi, Bangladesh.