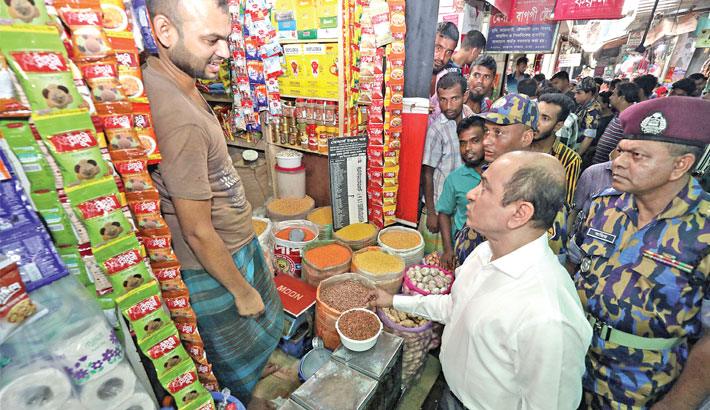 An official of a market monitoring cell is talking to a shopkeeper during a drive in the city’s Kaptan Bazar area on Monday. Government increases the number of monitoring teams to intensify drives in kitchen markets during the month of Ramadan. 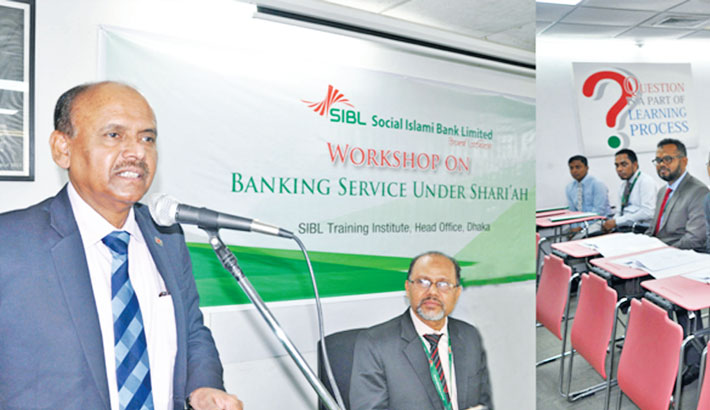 Social Islami Bank Managing Director and CEO Quazi Osman Ali speaks at a workshop on ‘Banking Service Under Shariah’ at its training institute in the capital on Sunday. 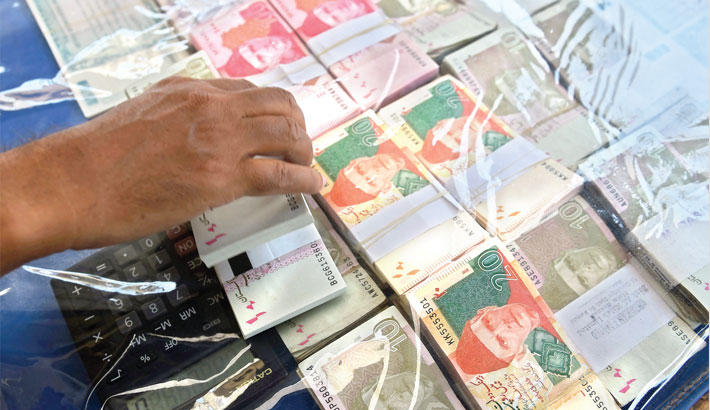 A currency exchange vendor adjusts Pakistani currency notes as he waits for customers on a street in Karachi on Monday. Pakistan and the IMF have reached a new agreement securing a 6 billion USD bailout for the cash-strapped country, officials said on Sunday, following months of painstaking negotiations between the two sides. 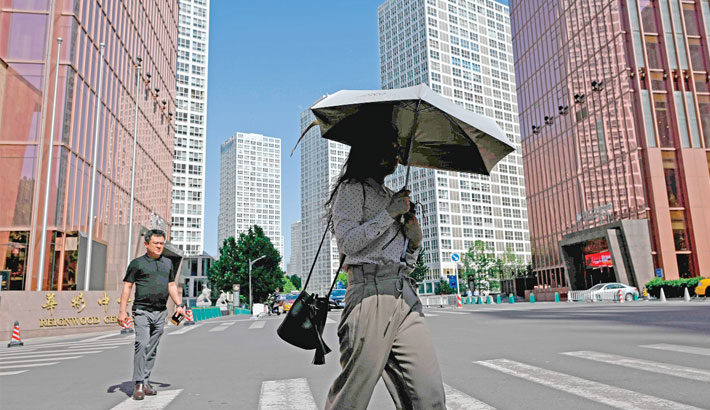 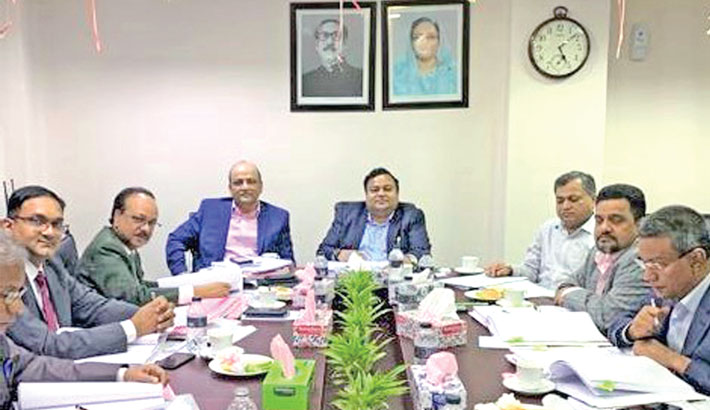 Padma Bank Chairman Chowdhury Nafeez Sarafat presides over the 2nd board of directors meeting of the bank at its head office in the capital recently. 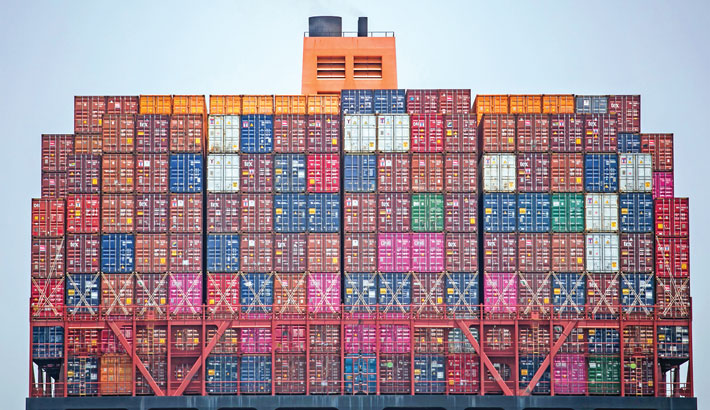 Containers are seen stacked on a Hapag-Lloyd ship as it sails cross Victoria Harbour in Hong Kong on Sunday. Hong Kong's GDP growth is expected to recover after a weak start to the year with the economy expected to expand by 2pc by end-2019.