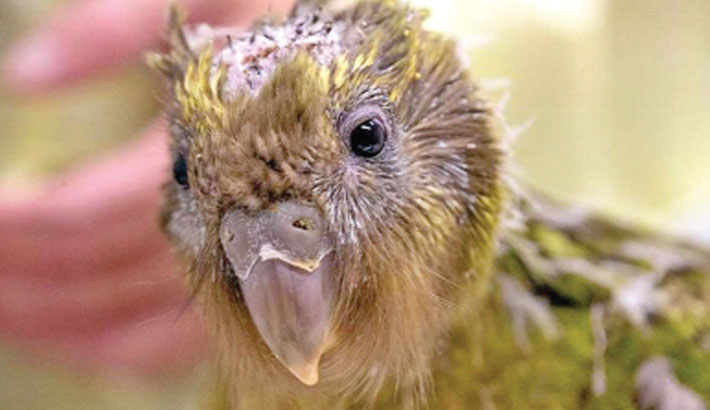 Vets in New Zealand have performed life-saving brain surgery on a critically endangered kakapo parrot in a world-first procedure amid efforts to save the species, reports BBC.

Surgeons adapted techniques used on humans and other mammals to operate on the 56-day-old chick, which had a hole in its skull.

The species, native to New Zealand, has been decimated by poaching, habitat loss and predators. There are now just 144 kakapos left.

The chick, known as Espy 1B, was hatched on Codfish Island in southern New Zealand and was in the care of the Department of Conservation’s Kakapo Recovery Team when rangers noticed an unusual lump on its skull.