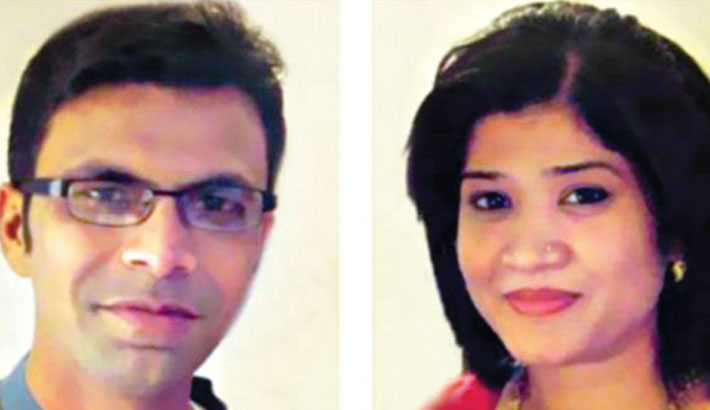 A Dhaka court on Sunday again asked the Rapid Action Battalion (RAB) to submit a probe report by June 26 in a case filed over sensational murder of journalist couple Sagar-Runi in 2012.

Metropolitan Magistrate Debabrata Biswas set the fresh date following failure of RAB to submit the probe report on Sunday, the scheduled date for its submission.

As of now, the probe report submission has been delayed for 65th time but the elite force failed to submit the report even after seven years of the sensational murder.

Sagar Sarowar and his wife Meherun Runi were killed at their West Rajabazar rented flat in the capital on February 11, 2012.

After their murder, Sher-e-Bangla Nagar police started an investigation into the case that was filed in this connection.  Later, the case was shifted to the Detective Branch (DB) of police.

On April 18, 2012, the High Court, in an order, shifted the case to the RAB for an investigation as the DB expressed its inability to resolve the matter.