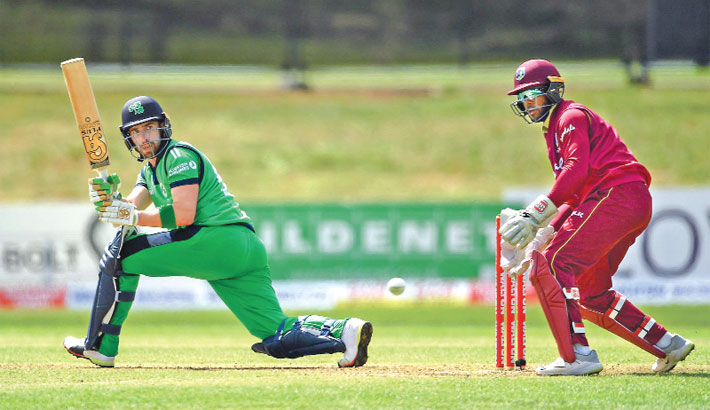 Ireland looked on course for a zesty rebuttal to West Indies as they amassed a huge first innings total worth 327 runs losing 5 wickets in their Tri-nation Series match against West Indies at Malahide Cricket Club Ground in Dublin on Saturday.

Opener Paul Stirling’s 77-run knock was coupled with a sensational century by Andy Balbirnie who scored 135 runs off just 125 balls to hand Ireland the massive total after West Indies thrashed the men in green in their first match of the series.

Ireland captain William Porterfield won the toss and chose to bat first against West Indies on a day that has no rain in the forecast. It is partly cloudy, but after Ireland’s last game, against Bangladesh, was washed out, they will welcome the chance to have a full match with the opportunity to get off the bottom of the points table.

West Indies brought in Fabian Allen for Shane Dowrich, with Dowrich having endured a poor day in the field in their loss against Bangladesh. Boyd Rankin and James McCollum have come in for Ireland, with Barry McCarthy and Lorcan Tucker missing out.