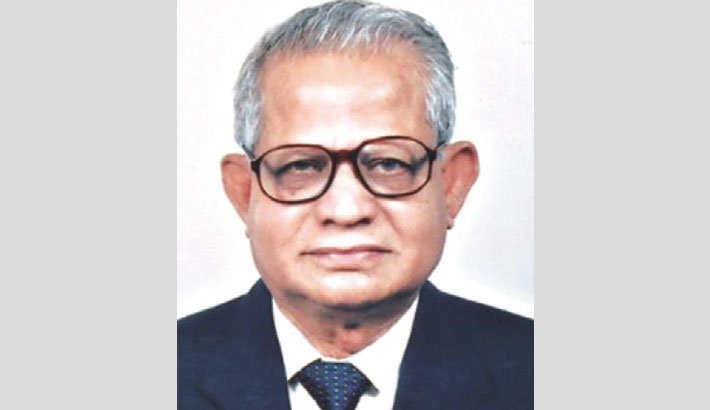 It is hard to believe that Professor Abdul Momen sir is no more with us. He left us on 10 May 2016. Professor Momen was a wonderful human being and an empathetic social worker. He was all along an upright person with an amiable and affectionate soul for the people around him.

As a teacher, he was a pioneer, a maverick, and an uncompromising campaigner for strengthening ethics in teaching and contributed to elevating that to a newer height. Professor Momen founded the College of Social Welfare and Research (CSWR) and later became its Director to shoulder the big responsibility with a level of efficiency that earned him great honour and fame. His outstanding quality was to keep his students in rapt attention even on an ordinary issue by presenting that in an extraordinary way with practical examples. His presentations were rich in merit and logic. Students in his class were intrigued by his naturally-flowed spellbinding lecture. His commitment to the noble profession had led him to accept the offers of supernumerary and an honorary professorship at his beloved alma mater until his last breath.

As a human being, Professor Momen lifted himself to the level of an ideal person. The strength of his character had a unique touch of friendliness in his being that invariably impressed students, colleagues and friends alike. He was never known to be harsh to anyone. Yet, he had a very strong personality. His empathy for the disadvantaged people was unparallel. He used to say a man may apparently be educated by academic knowledge while a good human can only be made of the richness of his/her soul. He taught us that one’s love for fellow human beings helped one rise to the level of the greatest creation among all living beings.

The last time I met him at his residence when I just returned finishing my study from Australia. He received me with such warmth that I would never ever forget it. I was exceptionally lucky on that day as he shared some of the milestone works of his eventful career including, his untiring initiative to set up the CSWR (later ISWR), his cutting-edge leadership in founding SOS Shishupolli, Underprivileged Children’s Educational Programme (UCEP), and Bangladesh Manabadhikar Bastabayan Sangstha (albeit he left that later on). Professor Momen had the admirable quality of leadership, efficiency, honesty, and transparency in organising people to achieve difficult goals with tremendous ease. He left his distinct footprints wherever he worked during the course of his long professional career. He founded the Social Welfare Alumni Association and was its President until the last day of his life.

Professor Momen is no more amongst us; we do miss him every moment. Yet, he would remain a lighthouse for us. The values and ideals that he had been disseminating throughout his life would remain ever-inspiring. Due honour to the memory of this great soul can only be accorded if we could infuse his examples of dedication, and patriotism in our every sphere of life. May his soul rest in eternal peace.

The writer is a Public Servant, Bangladesh High Commission, London