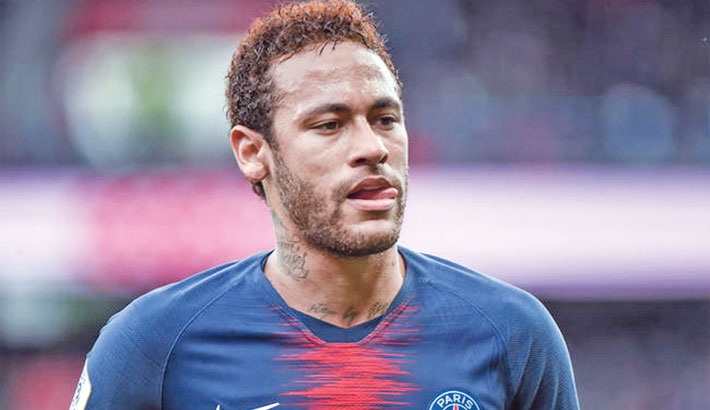 Paris Saint-Germain striker Neymar was banned for three matches Friday with a further two-match ban suspended for lashing out at a fan following the club’s shock defeat in the French Cup final.

Announcing the ban, the French football federation said the sanction would go into effect from May 13 allowing the Brazilian superstar to appear for the French champions against Angers in Ligue 1 on Saturday.

But he will miss the last two games of the domestic season and the French Champions Trophy pitting PSG against their cup final conquerors winners Rennes in Shenzhen, China in August.

Neymar swung at an abusive opposing fan while climbing the steps to receive his French Cup final runner-up medal following the shock defeat to Rennes on penalties last month.