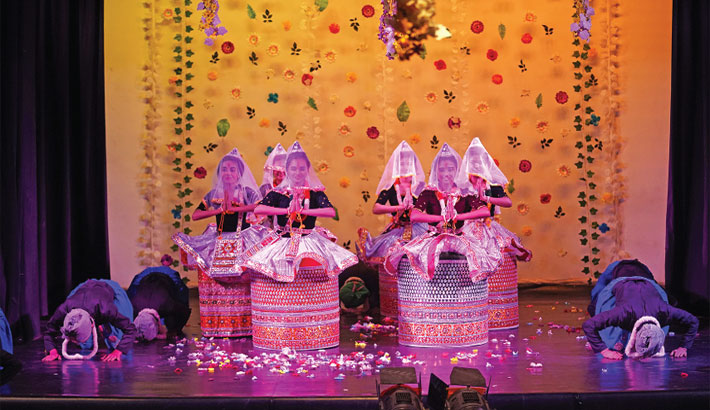 Department of Theatre and Performance Studies, University of Dhaka, staged ‘Rasapuran’, a performance consisting of different parts taken from different epics such as Ramayan and Mahabharat. Eight different kinds of rasa (known as sentiment), planned, designed and directed by Dr. Ahmedul Kabir, were exhibited through theatre performance.

According to Natyasastra (written by Bharata Muni), the relevant representation of the durable psychological states acts a stimulus in evoking in the spectator a verisimilitude of other psychological states (a sentiment or rasa). All kinds of performances performed in this region are inspired by the themes portrayed in Natyasastra.

Wahida Mollica Jolly designed costume while Amit Chowdhury choreographed and composed the music for this play. The performance was appreciated by the audience.