‘The Second Coming’ In The Light Of Contemporary Times 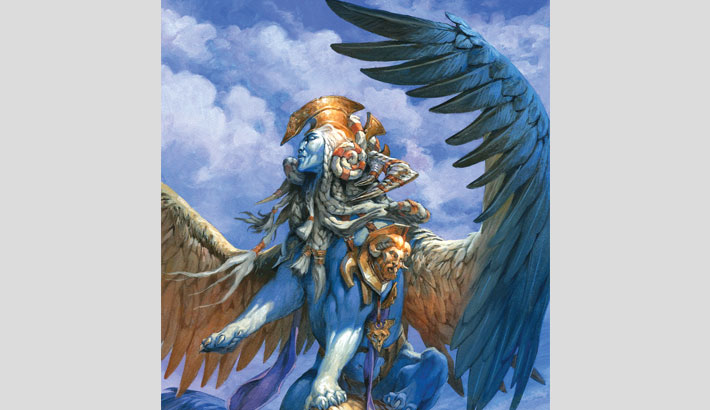 Poetry is the spontaneous overflow of powerful feelings: it takes its origin from emotion recollected in tranquility.
— William Wordsworth

Wordsworth’s words are very true as emotions recollected in tranquil moments are actually the true essence of a good poem. A good poem composed by a good poet can perform a lot of functions at the same time – it can reflect the situation of the society, it can convey a message and it can even make some prophecies. As a result we sometimes observe that some poets predict about the future through their poems and some of their prophecies even come true after a certain period. For instance - we can relate our present time to the prophecies made in the poem ‘The second Coming’ (published in 1920) by Irish poet W B Yeats.

In the poem Yeats tries to establish his belief that the universe is comprised of interlocked circles, 2000-year cycles of history, which together make up individual lives that combine to form the whole existence. The first section of the poem finds the speaker observing a world that is losing touch with order and morality. Violence is destroying innocence, people have become detached from their leaders, something fundamental is dissolving, and people who believe in goodness are being silenced, while the loudest speakers are the villains and chaos-bringers. In the second section the speaker is sure that some major shift is happening around him. All these chaos cannot be just a coincidence. Something vast is coming and some ending is approaching. He begins to visualize images of desert sphinxes and shadowy birds. By the end of the poem, the speaker is confident that something even worse is coming. Some nightmare - some ‘rough beast’ - is rising, approaching the earth at a rapid pace. He does not know what this creature is, but he can sense its approach and it is the ominous core of “The Second Coming”, that mysterious tide of evil and mystery approaching the world in the form of a modernity full of violence, war, and the loss of traditional meaning and values. The whole poem talks about the breakdown of order and the turning of society from potential stability to inevitable instability. Now let’s consider what is actually happening in the present world and are those prophecies coming true?

It is hard to imagine a more eloquent description of our own age than that of what Yeats did in his classic poem “The Second Coming”. Yeats chooses the image of an out of control falcon in part because it creates an emblem of a society in which normal control is lost: the falcon, which should respond immediately to its controller, the falconer, is spinning upward in an ever-expanding circle, the result of which is that the ‘centre cannot hold’ the beginning of chaos for this society. In this poem, the speaker seems to suggest that the world, after 2000 years of the first coming of Jesus Christ, is deviating from its usual path and taking a wrong route.

If we take a look at our present society, we can easily comprehend what is happening - the authorities who are holding power are unable to control others. For instance- the premier often issues different directives to the concerned authorities for carrying out their responsibilities properly. But it is often observed that those directives are not followed. To be more specific, at a weekly cabinet meeting held in 2018 Sheikh Hasina issued a set of directives, including rest for drivers in every five hours of driving and alternative drivers for long distance transports, training for drives and their assistants etc. She issued the directives against the backdrop of rising incidents of road accidents. However these directives have not been followed by the transport owners and the concerned authorities did not even take adequate measures to implement those directives. It clearly points to the fact that the falconer (the premier in this instance) is losing control over the falcon (people working under her).

Meanwhile the chaotic situation all over the world is also supporting his prophecy. There have been horrible wars and destructions, and the world seems to have lost its innocence. Wars in different countries like Syria and Israel continues, resulting in deaths of thousands of people. Thus the law and order situation is deteriorating day by day. Like many other countries of the world, we are also living in a restless society. Our society is not an exception from that kind of society pictured by Yeats as people nowadays witness political violence, women harassment, extortion, oppression and so on every now and then. Our society is no more a place of fraternity, bonding and mutual sacrifices and in fact, the situation is so adverse that we cannot even claim that we belong to a society. We are literally living in a dystopia where we are in a mad pursuit to destroy ourselves and bring an end to the idea of utopia cherished over the years. Phenomena like violence, vandalism, individualism, sexual-repression, suppression and communal-strife have turned out to be very common.

At the same time things have been falling apart. Religious and cultural values are disappearing. We are now throwing away our cultural and traditional values, considering it as backdated, in the name of modernism. On the other hand, the idea of terrorism in the name of religion is dominating the world. Consequently the good ones (people) do not feel strong enough to act on their morals and affect change, while the bad ones work passionately. As a result what should be good is bad and what is bad is good. For instance – bribe is considered as something bad from the religious and ethical point of views. But now people, even ministers, try to justify the practice of taking bribe by terming it as ‘speed money’.

The poem ends with a question because the poet is unaware of the degree of the havoc that monster will inflict upon the human. Yeats’ references to ‘a rocking cradle’ and ‘Bethlehem’ refer to the birth of Christ, which he believed initiated the present cycle he was living in. But the poet assumes that the second coming will not be as pleasant as Jesus rather some monstrous animal with ‘a gaze blank and pitiless as the sun’ will come and rule the world. The rough beast about to be born after twenty centuries may take the form of a government, a tyrant or a regime. So, look around and try to figure out whether we are already having such experience or example.