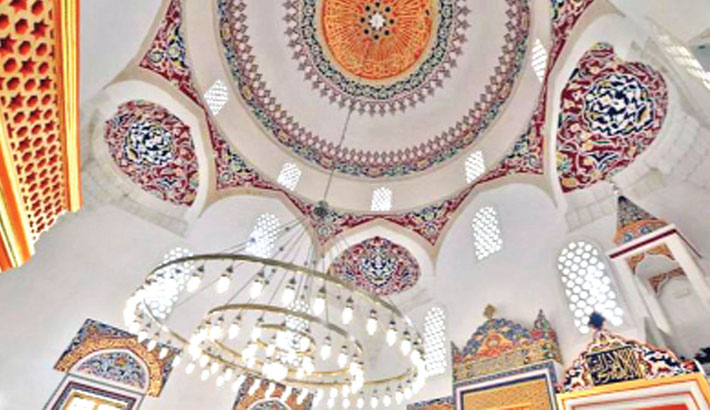 Thousands of people have attended the re-opening of a renowned mosque in Bosnia, almost three decades since its destruction during the 1992-1995 war.

The Aladza Mosque in Foca was targeted at the start of the conflict as part of plans by Bosnian Serb forces to create an ethnically pure state, reports BBC. The 16th Century mosque was considered a masterpiece of Ottoman architecture. The restoration project has taken several years, with financial help from countries including Turkey.

The mosque was built around 1550 - where it stood until it was blown up by dynamite.

In 2018, a former Bosnian Serb soldier was charged for his part in planting the explosives.

Original parts of the mosque’s stonework, which were dumped after its destruction, have been excavated.

Thousands of Muslims attended the mosque’s reopening in Foca - where a total of 12 mosques were destroyed during the conflict.

Before the war, Muslims made up more than half the town’s 41,000 population - but now little more than 1,000 live there, Reuters news agency reports.

Foca became notorious for the mass persecution and killings of non-Serbs that took place there during the conflict.