An attempt to deconstruct toxic masculinity 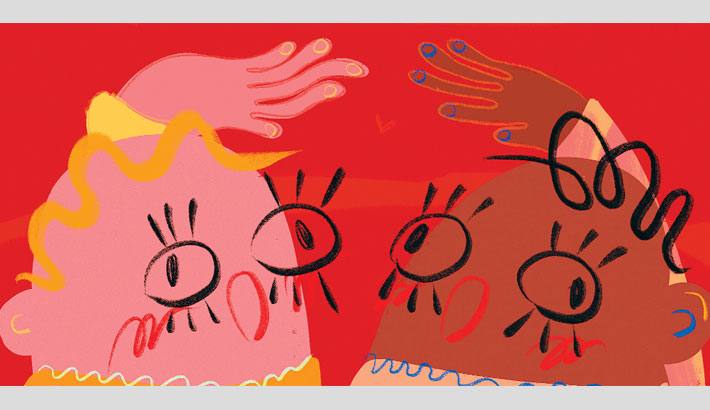 “Toxic masculinity is the practice of associating manhood with aggression, sex and status – a world where strength reigns supreme and emotions are deemed as weakness”

“Toxic Masculinity” – an expression, once associated with women’s and gender studies classrooms, has now gone viral and seems to be essentially everywhere, integrated with almost every issue debated. In fact, the Oxford Dictionary chose “toxic” as its word of the year for 2018. Regardless of the term’s ever-growing popularity, there seems to be a widely dispersed difficulty of understanding what it entails. Oh! and of course, the heavy backlash stemming from fragile men which only makes addressing the issue more challenging. In this writing, I will try to tackle the task of explaining what toxic masculinity is, whether it is a fundamental characteristic or a socio-cultural practice, how it harms men themselves and ways to unlearn it.

It is at first important to understand what is considered toxic masculine behavior. Going for a night out with the boys, playing and having an interest in sports, growing a beard are completely acceptable forms of masculinity. Toxic masculinity is the practice of associating manhood with aggression, sex, and status – a world where strength reigns supreme and emotions are deemed as weakness. Exercising violence to resolve situations is ideal manliness while expressing what is seen as “feminine” behavior hurts your status as a man. It is the cultural habit of treating women as sex objects, “locker room talks”, not being able to open up about your emotions and the rehearsal of the infamous “boys will be boys” ideology.

Now a question could arrive about how these characteristics have come to be. Is toxic masculinity something that fundamentally develops in men or is it brought about through iteration over the ages? To answer that, we have to realise the concepts of sex and gender. Although conventionally we tend to use the terms sex and gender interchangeably, they are quite distinctive.

Sex accounts for the biological and anatomical difference between females and males determined during conception and developed till you are an adult. Gender, however, is a social concept, not a biological one. It refers to the sociocultural differences assigned to people based on their sex – a practice that has been done for ages and molded into society’s expectations known better as “gender roles”. Through this process of gender roles, we have come to define masculinity as being strong, independent and brave (which are positive attributes) but also insensitive, unemotional and aggressive (toxic attributes). They are simply stereotypes designated over the course of humanity’s existence, an artificial yield of a natural phenomenon. Unfortunately, we have become so tangled with the system that it is difficult (however, not impossible) to comprehend a world without the barriers of this failing system.

By the advent of gender roles and its deeply ingrained stature in society, there are certain standards that are pressurised onto men such as garnering social status, showcasing physical strength and sexual domination. When men fail to attain such ideals and they fall short, it makes them feel insecure and anxious and it results in either depressive episodes or prompting the use of violence in order to feel in control – a vicious spiraling cycle of destruction and agony. It is not only hurting people of other gender identities but men themselves, causing an escalation in the cases of men with mental health issues, suicide rates and the likelihood to commit violent crime. So, needless to say, it is important that we learn to deconstruct such a habit.

Before I address methods of unlearning the practice of toxic masculinity, there is one more detail that I must discuss. The rise in conversations on the topic has also brought about a rise in the backlash received. Many men have perceived the call to address toxic masculine behavior as an attack on their manhood itself. However, the call to deconstruct toxic masculinity is not an attack on men themselves but simply to undo the harmful practices involved. You can still be strong and independent but there is no need to showcase aggression or the self-harming habit of not being able to be sensitive and express emotions. This is not a movement to vilify men but to deconstruct and then reconstruct a more positive model of masculinity allowing room for them to feel more comfortable with their gender identity.

We finally arrive at the topic of how to deconstruct this socio-cultural phenomenon. Like in any other case, the first step in the process of unlearning toxic masculinity is to recognise the problem itself. First we need to have a personal acknowledgment of our own behavior and then hold other men accountable for theirs, starting with our immediate proximity and then spreading from there. At the same time, it is also important to validate ourselves and those around us, breaking down the stigma around being sensitive and vulnerable and mental health difficulties. It is all about creating spaces where men get to open up and have conversations about the difficulties they are facing – a space that men rarely have access to. Therefore, it is vital that we are able to create these safe spaces for men to unpack all of their baggage that comes with their manhood, critique them and eventually discard the toxic notions.

Also, this practice is developed in cycles, being led from one generation to another. One way to stop that is for parents to take an active role in teaching their male children to be comfortable in their own skin. Fathers especially need to take an avid interest in their children’s lives and teach by example. Taking care of children while being a man, is nothing feminine and should be one of the roles of a father, not just being the “man of the house” or “sole bread earner”. Schools and institutions as well can have a vital role to play in this movement through discussion groups and workshops.

As usual, communication truly is the key. We need to have conversations within ourselves as well as with individuals of different gender identities to constantly learn and identify what behavior is deemed toxic. Last, but not the least, it is important to understand that this is a continual process and the conversation needs to be maintained.

Conclusively speaking, the objective is to become mindful of unhealthy masculine gender norms and deconditioning them while developing your own sense of masculinity – one that is untainted by societal expectations. And while deconstructing and unlearning an age-old practice is both painstaking and time-consuming, it is absolutely feasible and undeniably crucial.