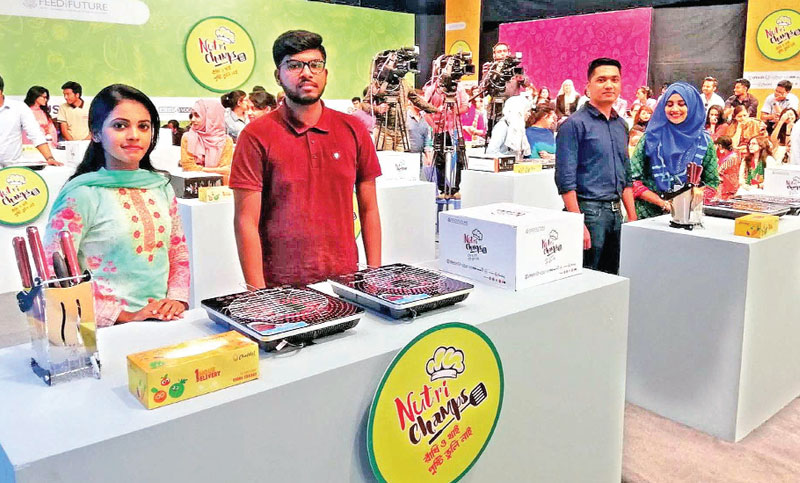 This cooking contest intends to empower youth in the kitchen and cultivate an improved relationship with scrumptious and nutritious food. This form of activity will eventually aid people to make healthier food choices in their daily lifestyles.

After the competition, the cooked meals will be judged by the jury members, and top two teams will be selected. The two cook-off winners will proceed for the award ceremony. At the closing of the launch, similar cooking contests will be declared for the regional levels which will invite participants from a wider demography. The first two winning teams will also qualify for the grand finale that will take place in Dhaka after the completion of regional level contests. The event will be recorded and broadcasted on RTV soon.

It may be mentioned that, Nutri-Champs contest is a comprehensive initiative of numerous projects and interventions under United States Agency for International Development (USAID).