A Reflection on Extremism 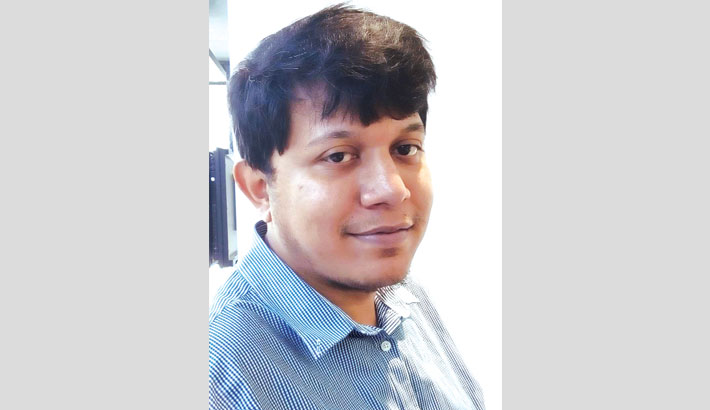 At the beginning of my teaching career, I taught at a very reputed English Medium School. For some reasons, I am not revealing the name of that school. Working there was an eye-opening experience for me. I had a cultural shock.  For example, they have Jane Austen’s famous novel Pride and Prejudice in the secondary level. This novel deals with the concept of love and marriage. When this text is discussed, a classroom teacher will have to elaborate on the theme of love and marriage. Students will have to understand what love is and how marriage is important to procreate new generations and lead stable lives like the characters of the novel strive to do. One of my ex-colleagues was requested by his supervisor not to discuss love and marriage to young pupils. If they have problems with that, then why do they have these types of texts in schools?

Many people are radicalised in online platforms. I saw the concerns on many parents’ faces with regards to their children’s obsession with gadgets and live-streams. Some parents don’t really know what their children are doing there. Many parents feel hapless at their inability to monitor their offspring. True, state has a role to play in weeding out extremist elements from society. But families in this case play a much larger role. They need to know what movement triggers children towards extremism. Media should continue to show documentaries, upload social awareness videos and circulate leaflets for highlighting the danger of fanaticism

In 2005, I was doing one tuition. I was 17 back then. My student of that time did not know anything about our liberation war although he was a ten year old boy, son of an expatriate, studying in class IV, living with his mother and maternal aunt. I requested his mother to groom him up with the knowledge of our history and culture. I would have done it anyway had her brother had not shown up the next day and started boasting of his Jamaat-e-Islami network. He was a recruiter from that party; he was attempting to wield his power over me. I got literally afraid. I returned home and said everything to my father and a couple of my friends who all advised me to give up that tuition fearing that the man would try to indoctrinate me further. I followed their advice evading potential reprisals. We all know how extremism is linked to that party. Thankfully, I had a good support system. I knew about Bangabandhu’s contribution even before I turned 6. My father shared some basic knowledge about our father of the nation. Growing up, Bangbandhu and Tajuddinn were heroes to me.

Some parents of that school were very cautious about the welfare of their children; most of whom could speak and write English well. But their Bengali was a lot to be desired. Many parents would feel proud of the fact that their children could speak English well. But they were not at all worried about their lack of knowledge in their mother tongue. I saw parents buying American Burger for their son every day. It is not all nutritious. I had one unruly student. I asked him about his unruly behaviour. He said that his father would come home drunk and beat his mother regularly. That kind of toxic atmosphere would make him frustrated. He would live with that pent-up fury. When he came to school, he would get into trouble and have a run in with the school authorities almost daily. 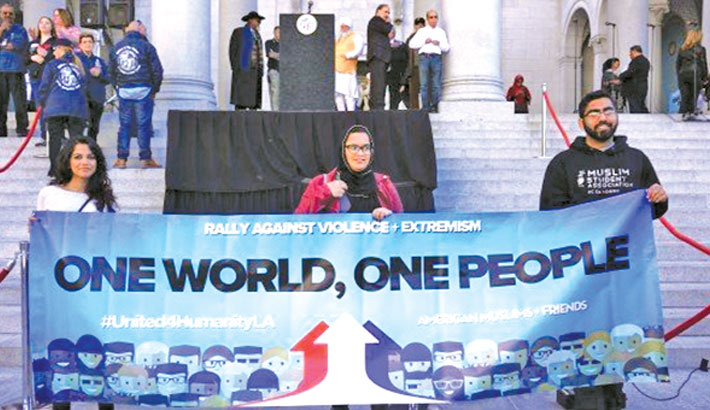 I am not saying that English medium schools or other institutions are solely responsible for the rise of extremism. No institution should be solely blamed. Whether children would become terrorists or good human beings will be tailored in the way they are brought up. When a child is watching domestic violence from their parents, then chances are high that their offspring might develop negative traits that could go contrary to the spirit of the nation. When children live with parental guidance and cultural upbringing, then they are least likely to get indoctrinated by any religious bigots. If you look at extremists, it is unfortunate to find many of them are reading no religious book with authentic interpretations for which they have a shallow grounding of theology prompting them to choose paths even they don’t know where the ends meet. That is why; religious lessons are very important. But parents need to make sure the right lessons are preached from learned preachers. Every preacher teaching in houses should go through a thorough and rigorous interview process conducted by parents and an expert (if needed) before they are hired to teach their children. Parents should continue to ask their children what lessons they have been given with. Children depend a lot on the knowledge of their preachers. If they misquote holy books to pester children with the slew of extreme ideologies, these innocent children will have a higher risk of living with an extremist ideology. It happens more in uneducated families. We should read the holy books first. Otherwise, how will we know whether the preacher is right or not? Remember, in some religious institutions, there are a large number of homosexuals and molesters. The movie “Doubt” shows how the priests molest young children and get them involved in sodomy.

Many families earn money in corruption. Their children don’t have enough moral lessons from their families. The Almighty is always ready to do justice. When parents are corrupt, their children bear the consequences. They become spoiled brats. There has been a growing trend that the recent attackers do come from well-to-do families. They are well conversant in English. Many of them come from English Medium Schools and at least one attacker received his degrees from England and Australia, respectively. Why do they give up their bright future and adopt this immoral path?

Sister of one of the Srilankan attackers said on record that her brother was radicalised in Australia. From there, he came to Sri Lanka as a changed man. My distant nephew was radicalised while he was studying in Malaysia. He went missing for many days. When he was found, a lot of changes took place in him. For de-radicalising him, my cousin took him to America, where, I have been told, the U.S authorities detained him. My extremist nephew had all the riches of the world. His parents pampered him with aplenty. His father was jailed once in a sexual harassment case. My nephew led a very fast and lavish lifestyle. He would change girlfriend one after another. It was a surprise that he got involved in extremism.

When people have a vacuum in their heart, they tend to trust all. Terrorists look for vulnerability in others. When they find a hint of weak-link, they start indoctrinating them by giving the false interpretations of religion. They mask the real meanings of peace and humanity among all religions. Probably, they don’t know about religion that well. The lack of religious learning makes many of them believe what other preachers say. Sometimes, the lads and ladies have so many readymade things that they don’t feel like struggling to fend for themselves. When life is a bed of roses; either roses are tainted or that bed is broken. When they have no challenge, boredom creeps in. In order to do something adventurous, many of these indoctrinated people go to foreign countries for actualising their utopian dream of establishing a nation that they claim will have no heterogeneity. The world is not a homogeneous world.

If foreigners attack my country, I will defend my land at any cost. But the terrorist organisations kill innocent people indiscriminately. No religion condones that ever. The feelings of taking hatred to the world some people get by playing virtual games; the extremists try to recreate that virtual scene in real life by killing people at will. It is their fantasy. They find pleasure in killing others and themselves. Suicide is a cardinal sin. Killing others when not attacked by a foreign enemy is sinful. But suicide bombers forget that. Black, brown and white supremacists forget that. Everyone loses their sanity.

When Muslims do get involved in bloodshed, the world media finds more loopholes in others to establish their anti-Muslim rhetoric. The global wars kill more people. The western media tends to sideline that issue. Even if they broach it up, it is like a murmur in their heart. But the “hyper-real” world is ready to treat Muslims as social pariahs although not all Muslims are terrorists; yet the western media creates this type that Muslims are a part of the problem. The western media shows that the Muslim community does not do enough to adjust themselves with the western code of conduct. Blaming only Muslims is not the part of the solution. Terrorism is not a Muslim’s problem. It is everyone’s problem. Terrorists have no religion. They have no name. There is no class distinction. Rich or poor, anyone can be a terrorist.

The New Zealand Premier Jacinda Ardern has shown the way by refraining herself from using the name of a terrorist. Dr. Mir Obaidur Rahman sir did that in one of his articles for this newspaper. Following them; if we stop naming these people and their organisations, I guess, we have a better chance for ignoring the publicity that they crave for.

Therefore, we all have an important role to play. We need to de-radicalise derailed people. Unless we have a thoughtful teaching system and analytically driven schools and alma-meters, we will not be able to create a generation that will delete all negative thoughts to make the world a place of love and peace. Let us remember one thing. By killing one person with semi-automatic weapons and bomb blasts, we make the arms industrialists richer. They feel happy because the more violent the world becomes, the more money they will earn to keep their firm grip over the world. Unfortunately, we don’t talk much about them. The world is controlled by them. Can they be rooted out?

The writer is lecturer, department of English, Chittagong Independent University