Recommendations on Health Problems of Bangladeshi Workers in Malaysia 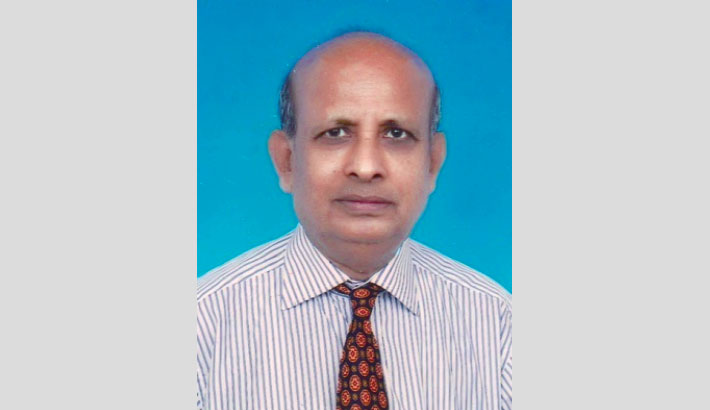 Health is a revealing indicator for socio-cultural adaptability and work efficiency of the migrant workers as it is very much related to their physical fitness. Bangladeshi migrants working in factories, construction sites and other hazardous work locations in Malaysia and elsewhere in the world are very much prone to sickness, accidents and temporary physical disability. Due to their laborious work and extra physical pressure, many of these workers often become seriously sick. Based on a number of research works of mine on foreign workers in Malaysia, I clearly visualised that the migrant workers often suffer from multifarious diseases which could have been treated through proper and early medical diagnosis. But whatever their suffering may have been, these workers never get any medical treatment whatsoever from their companies in Malaysia. This is affirmed when many respondents in our studies clearly mentioned that they do not receive such support from their employers and this worries them too much.

Although these migrant workers have equal access to public hospitals in Malaysia, yet there is no proper documentation about their visits. Many of them do not usually go to these hospitals due to several reasons and complications.  Since the workers do not visit hospitals regularly, Bangladeshi workers bring along with them a few emergency medicines for precaution which they apply based on their intuition which may often seem to be unreliable. They are fully ignorant about the after-effects of those self-applied medicines as they would often keep using them without having any proper medical check-up or consultation.

While talking to them directly, most of the workers mentioned that they do not have easy access to the hospitals in Malaysia though, from a legal point of view, they are allowed to visit the government hospitals by paying a nominal fee. A few workers reported to us that as foreign nationals, they have to pay more fees than the locals. Conversely in Bangladesh, a patient may be admitted into a hospital free of charge and also they can personally consult any physician outside on their own by paying a very nominal amount of money without having to go through any complicated procedures. For that reason, when the workers need to see a doctor or get admitted into a hospital in Malaysia due to severe ailment, they are often asked many questions about their jobs and authenticity making them very frustrated about their treatment. From Malaysian point of view, this is not however, very illogical as many Bangladeshi workers in the past did not have a legal stay permit. Due to such reason, many workers often prefer to go to a private clinic avoiding hassles at the government hospitals. Many workers narrated their stressful experience about health problems and being sick. A few of them mentioned that as workers, they are often looked down upon for which they do not feel like seeking health care services in Malaysian hospitals. Even having very modern health care services in Malaysia, there is a kind socio-psychological distance which keeps the workers far from utilising these medicare facilities very smoothly.

Unclear etiological explanation and hazy symptomatic clarification have been identified as important barriers in communicating with the doctors and nurses, which creates an impediment to getting proper treatment for many foreign nationals including migrant workers. Although Bangladeshi migrant workers have acceptable levels of proficiency in broken Malay language, it is far different than expressing them in proper symptomatic narration about the aetiology of a disease. The type of symptoms and the suffering expressed by the patients are the major determinants of health seeking behaviour and it is also crucial for a physician to understand the disease. In the case of Bangladeshi workers, a similar situation has been observed where they cannot properly explain the aetiology and symptoms of the disease making them often very reluctant to visit the hospitals in Malaysia. When these workers are unable to explain their problems, they illogically blame the Malaysian doctors saying that their treatment is not proper.

It is postulated that economic crisis and poverty always exclude migrant workers from receiving health care benefits and also restricting them from utilising the benefit of most modern technology in the hospitals and clinics. As the migrant workers are not covered by any insurance and since their employers also do not provide them with any medical support, these Bangladeshi workers have to incur all expenses for their treatment. For that reason, many workers face severe financial burden in making full payment for their treatment.

Based on my several empirical investigations about the lives of Bangladeshi migrant workers in Malaysia, and simultaneously recording a substantial amount of demographic information about their socio-economic and cultural traits, I can clearly mention that despite having a good earning source in Malaysia, the health care aspects of foreign workers are partially ignored. Although foreign workers in Malaysia are formally accorded equal rights at par with the locals making their legal access to public hospitals and clinics by paying a nominal consultation charge, due to absence of any precise specification on health aspects, these workers are seldom able to get benefits from the system. They face plenty of barriers and constraints that often discourage them from seeking such health care services.

Finally, I may paradoxically conclude with a specific recommendation that since Malaysia is providing placement for a huge number of Bangladeshi workers, it is therefore the Government of Bangladesh who should provide their workers with the initial primary health care support to its own people through a team of Bangladeshi medical professionals being deployed at their foreign mission located here in Malaysia. In phases, this innovative strategy may also be adopted in a similar way in other countries through bilateral agreements, where Bangladeshi workers are enormous in number.

The second recommendation which prompted us to assume that, since the foreign workers mostly live in congested accommodations with unhealthy atmosphere and poor quality of life facing dangerous and hazardous working conditions, it is therefore quite obvious that they require some kind of security-assurance in terms of their safety and protection. Many nations of the world, for that reason, allow the foreign workers to get their health-coverage from insurance companies. It is learned that Nepalese migrant workers in three Gulf countries are covered by insurance during the first year of their stay in those countries and the companies there later, cover any accidents and deaths whatsoever that occur while they are at work. Recently, Thailand introduced a universal health coverage system through a scheme of health insurance for the registered foreign workers. We suggest that following Thailand and other Gulf countries, Malaysia also innovate such scheme for all foreign workers in general employed there which eventually help Bangladeshi workers as well to derive benefit from it.

The author is the former Vice Chancellor of Comilla University, former member of the University Grants Commission and now a Professor of Anthropology at Jagannath University, Bangladesh