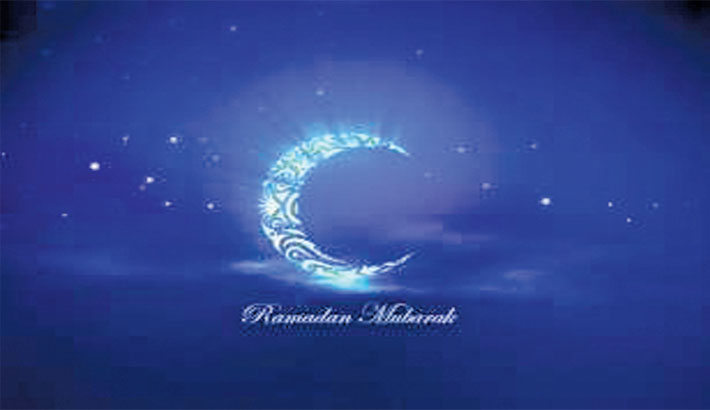 Among the 12 Arabic months, Ramadan is the most virtuous. This months brings forth the messages of kindness, values and rewards for mankind. Muslims around the world are in a festive mood as the month is knocking at the door. This is called the season for earning rewards. It is obligatory for every abled Muslim male and female to fast in this month. Allah says about this in the Holy Qur'an, "O you who have believed, decreed upon you is fasting as it was decreed upon those before you that you may become righteous." (Sura Baqara: Ayat 183). Allah opens all the ways to success for the righteous and He gives them so plenty what they cannot even think of.

The Prophet Muhammad (pbuh) says that an announcer announces at the beginning of Ramadan: 'O seekers of rewards, go forward! do the righteous deeds, and those who are involved in sinful activities, stop for now. Keep you away from evil deeds and sins.' The Prophet (pbuh) says that every rightous deed of the ancestors of Adam is multiplied by ten to seven hundred folds in this month. Allah says that the fast is even supreme, because the servants avoid food and sexual intercourse and observe fast only for My satisfaction. Thus, I Myself will reward them. It is said in the second part of this hadith that there are two joyful moments for those who fast. The first is the joy when they take Iftar and the second is when they will meet Allah. It is also narrated in this hadith that the odour form the mouth of a fasting person is as much favourite to Allah as the scent of Misk or Kasturi. Fast is like the shield for self-protection against evils. It is not allowed to rebuke others for those who keep fast. The Prophet (pbuh) said, "None of you get involved in quarrel in Ramadan, if any one rebukes, they should say, 'I am fasting.'" (Bukhari and Muslim).

There are numerous virtues of Ramadan. According to a hadith narrated in Baihaqi (a book of hadiths), Allah forgives all sins done in the past year when one completes his/her first fast in the month of Ramadan. Even, seventy thousand angels continue to pray for the salvation of the observer of the fast every day from dawn to dusk. Regret for those who do not observe the fast of enormous benefits and do not encourage their children to fast. There are some guardians who do not allow their children to fast because of the fear of the loss of health. Whereas, it is said in Ibn Majah (a book of hadiths) that the Prophet (pbuh) said that there is Zakat (payable) for every thing. Fasting is the Zakat of the body. Thus, the loss of health a bit because of fasting is obvious. But, it is not allowed to avoid fasting for this. He also said that all the doors of kindness in the heaven are opened at the first night of Ramadan which remain opened even up to the last night of Ramadan. And the Satan remains chained so that it cannot do evil deeds.

The rijk (budget of foods, clothes, and other bounties from Allah) of believers is increased in this month. The sins of the person will be forgiven who will feed one Iftar. He will be freed from the Hellfire. Even,  a man will get the same reward of fasting by feeding one iftar, even if he/she feeds a date or drink a glass of water in the iftar. And who will take the iftar will get the respective rewards of fasting. It is also narrated in a hadith of Baihaqi ( a book of hadith) that the first part of Ramadan is the time for achieving Allah's kindness, the second part is for achieving forgiveness and the third part is for getting relief from the Hellfire. The Prophet (pbuh) said that the one who got the month of Ramadan but could not absolve him from the sins, is a very ill-fated man. Allah does not forgive drunkers, takers of interest from money and disobedient sons and daughters. Those who have committed such sins should urgently sit in calm and pray and cry for the forgiveness of Allah.  Even, the Prophet (pbuh) consented to the prayer of angels for the destruction of the person who have not prayed in the name of the Prophet (pbuh) after hearing his name. For encouraging to take suhur the Prophet (pbuh) said at the night before taking the first suhur that we should eat suhur, because there is virtue in doing it! There is a night in this holy month which is better than a thousand months. And the night is called the Lailatul K'adr or Shab-e-K'adr. Especially it has been instructed to find the night from among the nights of the last ten uneven days of the month. For this reason, the Prophet (pbuh) encouraged his followers to stay in the mosque in the last ten days of Ramadan. The Messenger of Prophet (pbuh) said that the man who has completed i'tikaf or stayed in the mosque in the last ten days, as if, he have performed Hajj and Umrah for two times. It has been narrated in the Masnad-e-Ahmad (a book of hadith) that the man who have performed ibadah in those uneven nights for the rewards of Allah, He will forgive his past sins. A meaning of the word 'Ramadan' is to burn. It is said that Allah will burn out all the sins of the man who have performed the fasts of Ramadan.  Not only that, the man who will perform the fasts of Ramadan abiding by all the norms, Allah will forgive him and make him an oli (a loved one of Allah). The man who have returned home after saying the prayers of Eid after observing fasts for a long month, is like he/she has returned after becoming a sinless new-born baby. We have to refrain us from evil deeds and sins for getting all these rewards. We have to keep fasts free from the mistakes. We have to refrain us from the deeds that nullify fasts or make them makruh. According to a hadith of Bukhari (a book of hadiths), the fasts of the man who did not give up telling a lie and other evil deeds cannot achieve Allah's satisfaction.

For making our fasts worth granted to Allah, like the way how we need to keep the belly free from taking food and the body free from sexual desire, we also have to keep our eyes free from seeing evil things, ears from hearing evil talks, the tongue from saying evils, head from thinking the evils and hands, legs and all other parts of the body from directing us towards evil ways. We have to spend our time in salat, the recitation of Qur'an, saying tasbih, performing Zikr and in doing welfare jobs for the people for achieving the full rewards of Ramadan, only then, Insha Allah, we will achieve the rewards of Ramadan. May Allah grant us with the abilities to perform the fasts and fullfil other requirements of Ramadan!

The writer is the Principal of Fulpur Excellent School and Madrasha and Khatib, Bitush Salam Jame Masjid, Fulpur.