Significance Of The Number ‘40’ 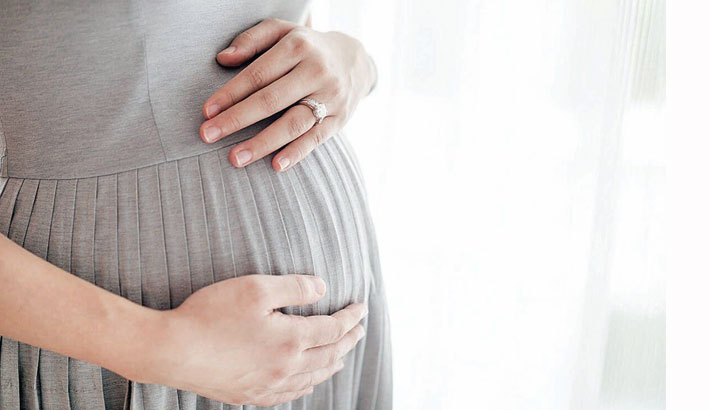 ‘40’ is definitely a significant number if we consider its social, cultural, religious, psychological and physiological importance. My youngest child just turned 40 days old on the ‘Independence Day’. People around us say that she has successfully passed an important period of 40 days of her life. Thanks to the Almighty. She has finally reached and crossed the fantastic and fascinating ‘Forty’. One of my relatives has died recently. The official mourning period is also 40 days in Islam. His 40th day is approaching very near. And it also brings a special reminder to his family members. A duration of 40 years is also very significant for various reasons. It is very interesting to note that this specific number ‘40’ has different connotations in different spheres of life.

Let's start from the very beginning. The mystery of human life is very strange. A fetus has to survive inside the womb for more or less than 40 weeks. Although it is safer to deliver a baby after at least 37-38 weeks, the round figure ‘40’ is considered to be the safest full-term period for delivering a newborn. A baby is ready to see this beautiful world as soon as he/she completes 40 weeks of prenatal journey. After the baby is born, again he/she has to pass an important period of 40 days. In our culture, the relatives and other common people around us believe that a baby changes its complexion, shape and face for 40 days. After 40 days, he/she gradually feels settled and fixed in the world. In our culture, a woman cannot pray or fast within 40 days of her delivery. Whether she bleeds or not, she must complete 40 days to resume her religious activities.

In Islam, there are certain laws created on the basis of the significance of ‘40’. For example, our beloved prophet Muhammad (pbuh) revealed his prophethood at the age of 40. It is said in Islam that human brain takes 40 years to reach its maturity. So, revealing the holy Quran at 40 has also a scientific basis. According to Islamic hadiths, a Muslim is forbidden to perform all kinds of religious activities for 40 days if he consumes alcohol. Praying is like a deep meditation. It requires clean heart, soul and body to feel the presence of the creator. In Islam, there are numerous stories related to the number ‘40’. Some stories are also parts of Christianity and Judaism since all these belong to Abrahamic religion as well. For example, prophet Musa (AS), who is Moses in Judaism, spent 40 years of his life in a desert. He stayed for 40 days and nights in the Mount Sinai where he received ten commandments. In Christianity, Jesus, who is known as prophet Isa (AS) in Islam, was tempted for 40 days and nights by Satan. In Hinduism, some religious prayers consist of forty shlokas. So, 40 is a religiously significant number. If we read religious scriptures, we will find more interesting references related to the number ‘40’.

The number ‘40’ is also important from cultural and psychological aspects. People say that life begins at 40! There can be quite a lot of interpretations of this statement. For example, if a person finishes his/her study and starts his/her career on time, by the age of forty, he/she will become financially more secured. The children will grow up. The family will be able to secure its basic needs. And then, the life of comfort begins at 40. If we believe that human brain and mind get fully matured and developed by the age of 40, we can say that the intellectually sound life also begins at 40. So, by the age of 40, most of the people become achievers. And then they fall into a form of crisis. After 40, men and women both can suffer from midlife crisis. It happens typically between the age of 45 and 65. It is different for both genders. So, culturally and psychologically, the number ‘40’ is very interesting and significant. If Almighty wishes, I will turn forty after more than a decade. I wonder I may face this sort of crisis! So, the whys and the hows of midlife crisis may turn out to be my next topic of writing.

Again ‘40’ has been interestingly used in many places of various literary pieces and popular culture. We are all familiar with the story of Arabian Nights called "Ali Baba Chollish Chor" (Ali Baba and The Forty Thieves). There are a few songs with the title ‘40’. One of the most popular songs is "Forty Shades of Green" which was written and recorded by Johnny Cash in 1961. Almost all the literary minds are overwhelmed by the famous lines of Hamlet from Shakespeare's tragedy Hamlet. Hamlet, out of extreme sorrow and frustration, cries out in front of the grave of his beloved Ophelia, "I loved Ophelia. Forty thousand brothers/Could not, with all their quantity of love,/Make up my sum" (Hamlet, act 5, scene 1). Have you ever wondered why Shakespeare used the number ‘40’? He could have used 10 thousands or 50 thousands instead. This hyperbolic use of the number ‘40’ is an unexplained matter indeed.

Finally, don't forget to thank the angel number ‘40’ who is the guardian angel. It refers to the angel who is always congratulating you for all the good deeds you have done so far. The guardian angel is saying that your hard work has been and will always be paid off. So, don't stop working for good cause. The number ‘40’ is numerically very interesting because it consists of a practical number ‘4’ and a mysterious number ‘0’. So, practically and mysteriously keep doing good to others. Angel number ‘40’ is looking forward to seeing you more often! And lastly, dear ladies, don't forget the significance of the number ‘40’. It is recommended by the doctors that women should take calcium supplements on a daily basis at and after the age of 40. Many women face bone density and other physiological problems after 40. So, the women who have already reached or are about to reach fabulous ‘40’, take good care of yourself!