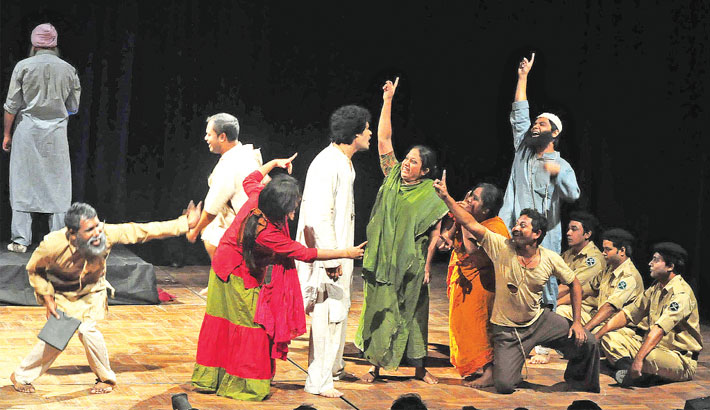 The 180th show of the play will be staged at the Experimental Theatre Hall of BSA at 07:00pm on April 30.

The play, which has been adapted by Mannan Heera from Urdu short story writer Saadat Hasan Manto’s Tobatek Singh, focuses on the sufferings of the people living near the border area during the partition of the Indian subcontinent in 1947.

The play, directed by Aly Zaker, depicts the story of Tek Singh, a mental patient in a hospital, who strongly opposes the partition that has separated a nation in the name of religion. But, no one pays heed to his words.

Through using satires the play also tries to depict that the partition of a country not only divides a country into two geographically, but also divides its customs, culture and more.

The play tells the story of lives changed by the partition of India and how it has left a lasting impact on the society irrespective of caste, creed and gender.

The troupe premiered ‘Bhager Manush’ as its 26th production on December 25, 1997, since then at least 179 shows of it had been performed at home and abroad to great acclaim.