We Trembled at the Terrorist Attacks in Sri Lanka 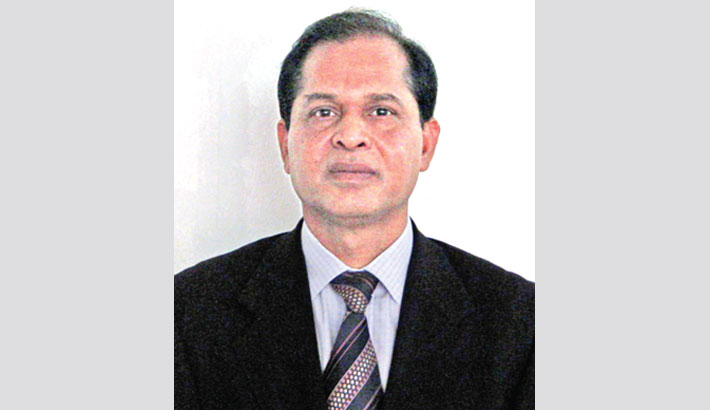 21st April, 2019 was a Sunday and for the Christians, it was Easter Sunday, a religious occasion. The Christian community that occupies 7 per cent of the population of Sri Lanka was in a festive mood. They never thought that on Easter such a series of bombings would rock the entire nation. In fact, these bombings were the first acts of terrorism that occurred after the end of Sri Lankan 26-year long civil war in 2009. These explosions were in three churches and three hotels; two more explosions some time later, at a guest house and housing scheme. By this time, 359 people including more than 30 foreign nationals were reported killed and 500 more injured. A Bangladeshi child was also one of those victims.

These attacks in Sri Lanka have made us tremble. These attacks were not only against the Sri Lankans, but against the humanity and the peace loving people of the world. There is no doubt that it was a heinous attack. The world leaders, including our President and Prime Minister, have condemned the attacks and expressed their condolences for the victims. A resolution of condolence has been taken by our Parliament in addition to the observance of one-minute silence. I have personally talked to my friend, the High Commissioner of Sri Lanka in Bangladesh, just after this incident and also went to their High Commission day before yesterday, like others, to sign the condolence book.

Sri Lanka has observed national mourning day on 23 April 2019. The Government of Sri Lanka has declared a state of emergency and launched a desperate hunt to head off more such attacks. Even, curfew was imposed. More than 50 people have been arrested so far. On the other hand, they are trying their best to find out the source of arms or funding as well as the people implemented these attacks.

One source has said that Islamic State (IS) claims the responsibility for coordinated bombings in Sri Lanka. The Government of Sri Lanka is blaming another group Islamist National Thowheeth Jama’ath (NTJ) for these attacks. As per another source, it is seen from the CCTV footage that all the suicide bombers were carrying very heavy backpacks which appeared to be crude devices made locally. It is also said that the suicide bombers may have struck in revenge for the attacks on mosque in New Zealand, though the New Zealand Government has denied.

Terrorism is not something new in Sri Lanka. This country has experienced some of the worst known acts of modern terrorism, like suicide bombings, massacre of civilians and assassination of political and social leaders. This had significant effects on the society, economy and development of the country. The LTTE (known as Tamil Tigers), a deadly extremist and militant group, was engaged in violence and bloodshed for a separate Tamil state. However, the civil war ended in 2009. But this civil war took away lives of more than 100,000 civilians. Another Marxist-Leninist Communist Party Janatha Vimukthi Peramuna was also involved in armed politics, though it lastly entered into democratic politics in 1994. But, by that time, this group also killed thousands of Sri Lankans.

We know that a number of terrorist attacks occurred in Sri Lanka during the civil war (1983-2009). The deadliest terrorist attacks with over 100 deaths were Sri Maha Bodhi attack, Aluth Oya massacre, Colombo Central Bus Station bombing, Kattankudy Mosque massacre, Colombo Central Bank bombing, Digampathana bombing, etc. However, there were innumerable attacks of smaller sizes. Truly speaking, all these terrorist attacks killed people from all walks of life, irrespective of Buddhists, Hindus, Muslims or Christians. Can we, the people of the world, imagine the inhuman tragedy the people of Sri Lanka had suffered during that period? I agree, the present attacks differ from those happened during civil war. But, the fact is, ultimately the common people have to suffer.

In view of various information and occurrences, a number of questions come to our mind. We cannot ignore those, until a true picture comes out from proper investigation of the incident. In fact, we need to consider few of those questions already raised in our mind before going for any conclusion: (1) Are the smaller local Muslim groups, like NTJ, so strongly organised in Sri Lanka that they are capable to execute such operation? Didn’t the Sri Lankan intelligence and security people have enough information about the movements of those groups? (2) On 11 April, a top Sri Lankan police official reportedly issued an advisory warning of potential suicide attacks on churches. In that letter, it was mentioned that a radical Islamist group has been involved in planning nationwide attacks. Why necessary measures were not taken? Didn’t they take it seriously? Is there anything else? (3) We know that a communal tension was reignited in March last year in the district of Kandy and Buddhist Sinhalese mobs attacked some mosques and Muslim establishments. In response, Colombo had to impose a nationwide state of emergency. The situation was normalised within a few days. No Muslim militant groups were found coming out for any revenge on the Buddhists at that time. Does not it indicate that these so called groups as mentioned are not capable of such attacks? Even if they are blamed, then who has sourced them for such organised attacks? (4) The intra-religion relation in Sri Lanka is a very important factor one should consider. According to available records, there were incidents between Muslims and Buddhists as well as Christians and Buddhists. But the relation between Muslims and Christians was always good. For this incident, this aspect should also be taken into account. (5) As per report, Islamic State, after 3 days of the occurrence, has claimed the responsibility of this attack. It is said that IS did it in revenge of the attack on mosque in New Zealand. But why IS didn’t do it in New Zealand or any Muslim majority country that has Christian community? Is there any specific reason for choosing Sri Lanka for this attack? (6) In this case, not only the Christians or the locals were killed. Buddhists, Hindus and Muslims were also killed. If the attackers are Muslims, why they didn’t think about their own religion people? Why they have also attacked hotels and other places, not only the churches? (7) It was speculated that a very few people were engaged in all these suicide bombings. Even, according to the latest information, some of those bombers were women. It would be clear if details about those people are identified. It does not matter who they are. But, in anyway, no innocent people should be victimised or harassed due to their religious affiliation. If required, the Sri Lankan Government can seek helps from other countries for the ongoing investigation. (8) One cannot bypass the recent political issue that had created some differences between the top leaders of Sri Lanka, though it was solved within a few weeks’ time and now the administration, at least, seems normal.

It is expected that the Government of Sri Lanka would, very soon, be able to find out the details of the culprits. At the same time, they should take necessary measures so that such activities are not repeated in future. The roots of such attacks should be eliminated from the Sri Lankan soil once for ever. In addition, being a country of tourism, authorities concerned of Sri Lanka might think of appropriate precautions in allowing the visitors.

We pray for the salvation of those departed souls who have lost their lives in these heinous attacks. Our sympathies are with those families who have to suffer from this great loss. At the same time, we would like to assure our Sri Lankan brothers and sisters that we are with you in your fights against terrorism or any such atrocities. I believe, if needed, Bangladesh is ready to extend any kind of cooperation in taking necessary measures, including anti-terrorists programmes, in Sri Lanka. We wish to see the whole world, including SAARC nations, free from any terrorist or violent activities.

The Sri Lanka incident has made us worried. Bangladesh is not far from the reach of the terrorists. A terrorist has no religion, he is only a terrorist. We, the people of Bangladesh, are living in an environment of religious harmony. Our inspiration for this is our War of Liberation. Bangladesh is a peace loving country. We will not allow any violent activities or terrorism on our soil. We may be Muslims, Hindus, Christians or Buddhists, but we all are Bangladeshis. We love Bangladesh, a country of harmony, peace and prosperity. And our Government is very much alert to ensure the safety of its nationals.