US measles cases highest since 2000 as anti-vax movement surges 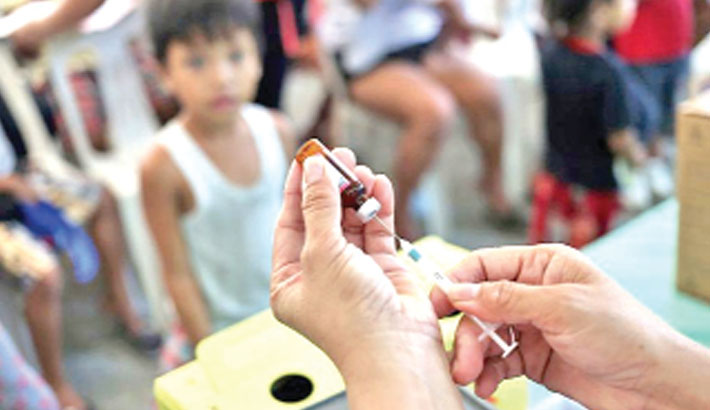 NEW YORK: The US recorded 695 cases of measles in 2019, the most of any year since the disease was declared eliminated at the turn of the century, officials said Wednesday, ahead of a campaign to reinforce the message that vaccines are safe, reports AFP.

The surge comes amid a growing global movement against inoculation, with an estimated 169 million children missing out on the vital first dose of the measles vaccine between 2010 and 2017, according to a UNICEF report. The UN Children’s Fund found the United States topping the list of high-income countries where children had not received their first round of immunization, at over 2.5 million.

It was followed by France and Britain, with over 600,000 and 500,000 unvaccinated infants respectively over the same period.

The new tally of American cases confirmed by US authorities surpassed the previous high of 667 reached in 2014.

Resurgence of the once-eradicated, highly-contagious disease is linked to the growing anti-vaccine movement in richer nations, which the World Health Organization (WHO) has identified as a major global health threat.

The anti-vax phenomenon has adherents across Western countries but is particularly high profile in the US, where it has been fueled by medically baseless claims spread on social media.

“The high number of cases in 2019 is primarily the result of a few large outbreaks—one in Washington State and two large outbreaks in New York that started in late 2018,” the Centers for Disease Control and Prevention said in a statement.

People infected with the virus brought it to the United States from Israel and Ukraine and passed it on to members of their communities, many of whom had not been vaccinated.

Although New York and Washington State have been the main areas affected cases have been found in 22 states.

“A significant factor contributing to the outbreaks in New York is misinformation in the communities about the safety of the measles/mumps/rubella vaccine,” CDC said.